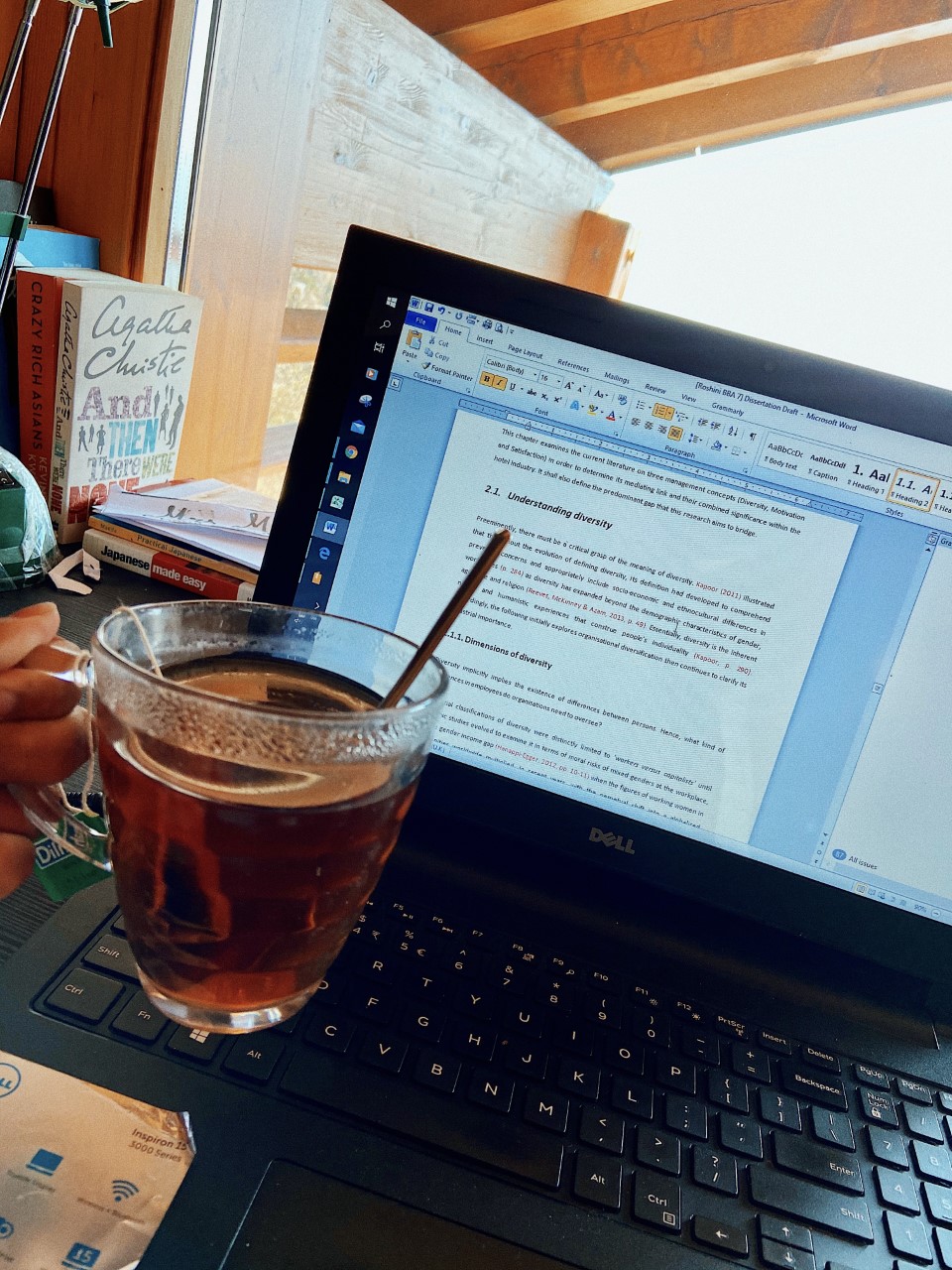 Under lock down abroad : Stories from India and Switzerland

May 10, 2020 by Pavani Jayasinghe Munagamage No Comments

I hope this lockdown is not leaving you too bored, now that you are indulging in some new hobbies, binging a new favourite show, or similar. Most of us are under lockdown in our beautiful little island with our families. However, there are several students abroad who are under lockdown away from home. You may have noticed that the Government has organised special flights for a lot of students to come back from these respective countries over the past few weeks. However, there are still a lot more living abroad where they are studying.

I had the chance to speak to them earlier this week about their quarantine experience abroad and how that is going for them. This is what they had to say.

How long have you been in self-isolation and how has it been in India overall?

I would be completing seven weeks in self-isolation this Sunday. It’s quite a long time, I know, but it’s not the worst thing in the world. I am happy I have my family with me because it makes it easier to get through the day when we do all sorts of activities together, like playing quizzes and board games, watching movies, and sometimes working out. Overall, it’s been okay, but I guess there are days I feel like going out, so it’s been pretty average.

Are you taking part in online classes? If so, how are they and how do you find the system?

Yes, I am. I took an introductory course on philosophy and now I am taking a course on dog emotion and cognition on this website called Coursera. I like it so far and it is quite interesting. I like the fact that they give you quizzes at the end of each lecture to see if you understood, but I’m the type of person who prefers group activities and to have a study buddy when learning; I wish I could discuss the lecture with someone.

What have you been doing to pass the time?

I am trying to pick up some hobbies or explore what I seem to like and not like. I have been trying to brush up on my non-existent art skills. I have also been reading some of my favourite books for the second time while sitting on my swing soaking up some vitamin D too. I love to play with makeup, so I have been trying out new bold looks. I tend to surprise my family at the dinner table with a face full of makeup as if it’s the most normal thing to do. They are definitely always surprised. I have also been binging quite a bit of Netflix, but who isn’t right?

Tell us about your daily quarantine life routine.

Right now it’s Ramadan, so I have been fasting and my sleep schedule is not looking too great; I’m awake till sunrise and I sleep till noon. I’m a huge night owl. After I’m up, I usually paint or read or watch a show with my sisters and play some board games. Sometimes, I talk to a few friends to catch up on the latest news in their lives. I sometimes workout as well because you should definitely keep your body active, especially in times like these. I don’t like to cook, but my sister does so I occasionally help her by licking the bowl. I would definitely call myself an expert now. The trick is to use a silicone spatula.

What is the first thing you are going to do once you can go out again?

Definitely going to the salon to get my eyebrows done because it’s long overdue and after that, a walk along Marine Drive to soak up the sea breeze and pet a tonne of dogs while eating some good street food like pani puri.

How long have you been in quarantine/self-isolation and how has it been in Switzerland overall?

For me, since I live up in Swiss Alps in Crans-Montana, I was never really under quarantine. Instead, I was self-isolating along with a housemate since 16 March, which is when our campus had officially shut down in accordance with instructions from the Federal Government of Switzerland. It’s been almost three months since then, but we honestly have not felt the brunt of the pandemic where we are.

Yes, Switzerland was in the top 10 countries affected at the beginning of the year, but we live away from the major cities that had the highest numbers of cases. The only significant difference in lifestyle we felt was when all the ski lifts and tourist areas shut down in the middle of the winter season; seeing the tourists leave along with most of the students in our campus made us anxious.

As per the Government’s mandate, only supermarkets, petrol stations, and pharmacies were allowed to open, and only about 10 people at a time were allowed in. Now that Switzerland is past its peak and Covid-19 cases are at a decline, restaurants are beginning to open for takeaway and there is more of a semblance of normality. We’re expecting things to settle down by the end of June or early July. Fingers crossed!

Are you taking part in online classes? If so, how are they and how do you find the system?

Yes, I’ve been taking online classes since March. I’m not going to lie, it has been really tough, especially since students from my university are scattered across the globe; arranging classes to suit multiple time zones at a time has been hectic. The worst, in my case, is all the group projects I’ve been getting. I understand that the specialisation course I had taken for my final semester requires multiple group projects, and it’s not like my professors can change a whole semester plan just like that, but I lowkey regret taking that course.

The thing is, the groups are fixed and you can’t change them, so right now I’m struggling to arrange proper work times with groupmates who live in time zones with six to seven-hour differences from Switzerland time. But that aside, it’s been a unique learning experience for sure.

Our university management is extending our semester though, so while we do have online classes now, we are expected to return to face-to-face classes by the end of July. They have added additional certifications for us to complete, such as hotel revenue management, in order to give more value to our bachelor degree by the time we graduate. If all goes well, we’ll finally get to graduate in October (instead of June like we were supposed to).

What have you been doing to pass the time?

Well, as a final-year university student, I don’t really have much time to spare. But when I do get the chance, I often meet up with a few other students who remained in Switzerland like I did. At the beginning of our self-isolation period, my housemate and I worked on a 1,000-piece puzzle. Now that that is completed, we have moved onto playing UNO. Sometimes it’s Monopoly, but we can never finish a round without getting frustrated because it can last hours.

Most times, we experiment with recipes and cook and bake desserts we would otherwise never have had tried out. When we do, we arrange to have dinner with two to three other friends (BBQ nights!) so that we don’t feel as lonely. We’d host movie nights too and just chill. It’s spring now, so when the weather is nice, my housemate would drag me out on hikes; there’s a hiking trail just by our house. There really isn’t much else to do since shops are still closed.

Tell us about your daily routine when in self-isolation.

With the freedom to choose the class hours that’s most suitable for us throughout the week, I’ve become a permanent night owl. I often attend the afternoon classes, so there is no need to wake up early anymore. Post classes, I would be on video calls with groupmates to work on projects together – Google Docs and Google Slides are now our best friends. Sometimes, if I’m demotivated, I’d go over to another friend’s house and work there, just for a change of pace.

Dinner would be around 6 or 6.30 p.m., which may seem early, but it’s the norm for us here. I would then read a book or watch an episode or two of a TV series before motivating myself again to work on my dissertation and some more group projects. Sleep would come past 3 a.m., but I always wake up before noon. It’s a monotonous routine that has lasted almost three months, and I can’t wait to have face-to-face classes again. I’m never going to complain about 8 a.m. classes anymore.

What is the first thing you are going to do once you can go out again?

Travel! I am definitely going to travel, anywhere and everywhere. All over Europe and Switzerland. I’m definitely going to Montreux to eat in my favourite Korean BBQ restaurant, and I’m going to travel to Milan, Italy once the borders are opened. Living in the centre of Europe, I am used to always travelling with my friends. Every semester, we would explore at least two new European cities, but we hadn’t been able to do that this semester.

It’s our final one altogether, so it’s a bit saddening. So even though our graduation has been postponed from June to October, I am glad we would have more time to spend with each other and actually go on a graduation trip. But of course, that all depends how things get back to normal and if the travel bans are lifted.

April 19, 2020 byKusumanjalee Thilakarathna No Comments
Charlie and the Chocolate Factory is an amazing book by the famous children’s author Roald Dahl adopted, which was adapted into a movie.

A clear goal is a must to become a good sportsperson

June 21, 2020 byKusumanjalee Thilakarathna No Comments
Anosh Faiz is a 12-year-old basketball player. He believes that tolerance and patience are key to becoming a good sportsperson. He is also an all-island gold medallist in speech and drama.