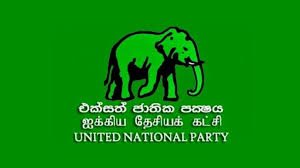 The official United National Party (UNP) headed by RanilWickremesinghe had last week distanced itself from comments made by the party’s Deputy Leader and Opposition Leader SajithPremadasa on the decision of the US State Department to not issue visas to Army Commander Lt. General Shavendra Silva and his family, The Sunday Morning reliably learnt.

Wickremesinghe had on Monday (17) dispatched a message to the US Embassy in Colombo stating that the comments made by Premadasa regarding the travel restrictions imposed on the Army Commander and his family by the US did not in any way reflect the sentiments of the official UNP, a senior UNP source told The Sunday Morning.

“The US imposed a similar travel restriction on former Army Commander Field Marshal SarathFonseka as well, but Premadasa did not come out so strong. However, Premadasa has made the comments without consulting the party about it,” the UNP source said.

Soon after the US State Department announcement was made public, Premadasa took to social media to express his regret over the incident and support towards the Army Commander and his family.

“Imposition of a travel ban on Army Commander Shavendra Silva and his immediate family is regrettable and unfortunate. He is one of the heroic field commanders who spearheaded the national effort to eradicate terrorism,” Premadasa stated in a Twitter message, adding: “All of us stand by him and his family at this hour of need. As a country, we shall always stand with the war heroes that brought about an end to 30 years of terrorism.”

The US recently announced that it would refuse entry to Sri Lanka’s Army Commander over “credible” evidence of human rights violations in the final stages of the war in 2009.

Lt. Gen. Silva, whose appointment last year drew wide international criticism, will be ineligible to visit the US, as will his immediate family, US Secretary of State Mike Pompeo had said.

“The allegations of gross human rights violations against Shavendra Silva, documented by the United Nations and other organisations, are serious and credible,” Pompeo had said in a statement.