“I work every day from 5 a.m. until about 10 p.m. I wake up in the morning, cook for everyone, send them off to work and school, clean, wash clothes, cook dinner, and take care of my parents. This is all just a simple load of work that I am responsible for every day. The rest of my family helps me out with all this work, although it is only my responsibility,” shared Priyanka Perera, a homemaker since 2016. 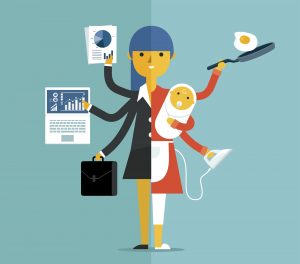 Perera used to work as an insurance executive for 25 years. “During that time too I used to cook, clean, take care of my children, parents, and take care of every member of my family along with my day job. My mother used to say being a woman is a full-time job and I did not fully understand this until I got a family of my own. I do everything I do with utmost love and care for my family and there is not a single thing I would not do, although I believe considering everything I do simply to be my responsibility as a woman, is diminishing the long hours of labour I put in.”

The majority of Sri Lankan women perform an overwhelming amount of duties and tasks for their families on a daily basis, only to be underappreciated, as they are considered to be simply carrying out their responsibilities or fulfilling their gender roles. 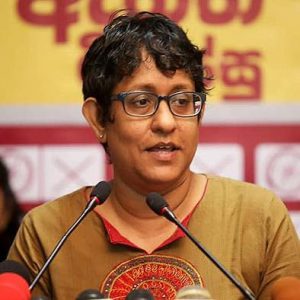 In her maiden speech in Parliament in September 2020, Sri Lankan academic and human rights activist MP Dr. Harini Amarasuriya addressed the issue of unpaid caretakers and the unpaid care economy in Sri Lanka.

She stressed that every woman plays a significant role in her home – preparing food, caring for children, caring for the elderly, the sick, people with special needs, and so on and this categorises them as unpaid caretakers.

In order to discuss the concept of unpaid caretakers in Sri Lanka, its socioeconomic impact, as well as legal and policy restrictions, The Sunday Morning reached out to Dr. Amarasuriya this week.

When asked about the definition of unpaid caretakers, Dr. Amarasuriya stated that unpaid care work ranges from anything done in reference to reproductive health, cooking, cleaning, caretaking of the sick and elderly, etc.

“Whether they get paid or not, this work is done without pay and society considers it the role and responsibility of women. Although some women do this work as a job, it is unrecognised, unregulated, and often not covered by any labour legislation,” she added.

We asked Dr. Amarasuriya how unpaid care work impacts the economy of a country, to which she said that this work done on a daily basis by almost all women in our country does not have a price to it, although it has a cost; if this work does not get done, it will have an effect on the other functions of the economy. This is how it will impact the economy in the long run.

Further, she added that most care work is done by women; as a result of this, even if they work, they have to do the additional work as well, so they have this triple burden. She further added that as a result of this, women are meant to work longer hours and the majority of the work they do does not technically amount to labour. This in turn affects the career choices women make, to take up challenges and risks, etc. holding a powerful profession would require a woman to balance her house work, family responsibilities, and her career and while only women are expected to partake in this balancing act, their careers are often compromised, which results in the low labour force participation of women.

The other main issue in reference to the economy according to Dr. Amarasuirya is that due to the lack of recognition of this work and the diminished value attached to it, they do not get the support they might require.

“When it is recognised as a problem, there can be policy changes made to assist, support, and sustain them. There are only about 10 state-funded elders’ homes. We need to put more money into these things – eldercare, childcare, welfare centres. However, everything starts from recognition.”

We further asked Dr. Amarasuriya how this change in society in order to recognise caretakers can be achieved, to which she said, this can be achieved via awareness, education, taking responsibility, and facilitating gender division at home.

“This is obviously a time-consuming task but that does not mean it is impossible. It is not a difficult concept to grasp. It boils down to taking care of each other’s families, taking responsibility for each other. This is not inherently a woman’s responsibility but is inherently a human responsibility. This shift in thinking needs to be achieved and once it is, putting a support system in place is not rocket science,” she added. 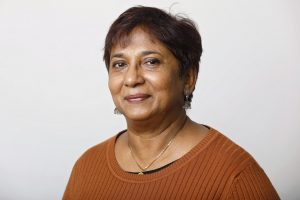 The Sunday Morning reached out to women’s rights activist and Women and Media Collective Technical Advisor on Women’s Economic Rights and Media Sepali Kottegoda to find out how she thinks a systematic change can be achieved in society in reference to the unpaid caretaker problem.

Recognise, according to Kottegoda, is to simply recognise care work as actual work of value. This includes expanding the definition of labour to include the 85% of all household chores taken on at home.

Referring to care work being recognised as work of value, Kottegoda said: “Many years ago, I asked a Samurdhi beneficiary why it (a Samurdhi loan) is in the name of a man when it is the women who will be participating, and she said that it is because women are just staying at home. This is the notion that is there in our society; that the work women do at home is not significant. They are not significant enough to be included in the labour participation rate. This is the problem. This social stigma should be changed. This work should be recognised and given value. This was, for example, done in Bangladesh; so, it is achievable. If women at home stop working for a week, every other aspect of the economy will be halted and we will feel the impact it has on our economy.”

After the first step of recognition, the second step, reduce, refers to providing support, considering care work in the process of policy making, facilitating support services and support advice, and providing community facilities, etc., thus reducing the burden on women.

Thirdly, redistribution refers to the redistribution of this work within the home, and in turn, within the society. This makes it everyone’s responsibility, not just women’s. There was a time when we were told that women cannot drive tractors and we have come a long way since then, so we are capable of achieving this change; it is just a little time consuming.

EU EOM not prepared to be ignored…again

February 5, 2020 byEaswaran No Comments
With Sri Lanka implementing only a few recommendations put forward by European Union (EU) election observers in the past, the EU are set to get tough this time around and will closely monitor the impl

July 29, 2019 bythemorninglk No Comments
The Treasury has issued orders to state institutions to slash expenses as the country is facing an economic crisis following the Easter Sunday attacks.