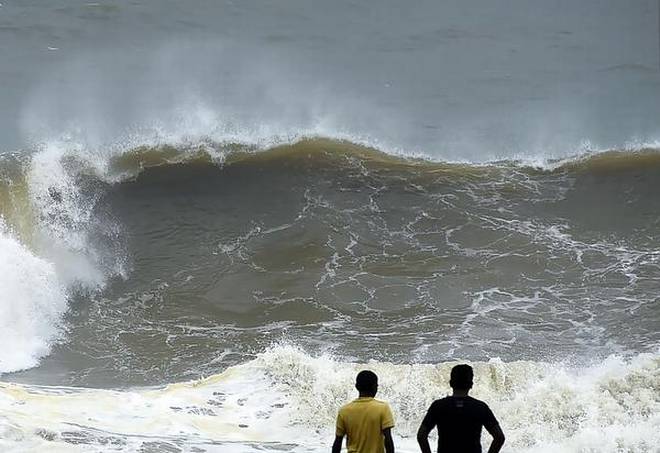 “Nuwan and his daughter Sahala were walking along the beach and I was right behind them, with his wife Hasini and younger daughter Nadeesha. Suddenly, a storm wave hit the shore, dragging them into the sea. Hasini went to rescue them and Nadeesha followed. When they were being carried off, I caught Nadeesha by her dress and pulled her, but Hasini caught on to my other arm and we were all dragged towards the sea. Afterwards, a big wave came and dragged me away from the current and I swam ashore,” recalled an acquaintance who was with the family that recently drowned at Kirinda beach.

The devastating tragedy of the morning of 23 June, where rough monsoon waves claimed the lives of 38-year-old Nuwan Jayasuriya from Hatton and his two daughters – four-year-old Nadeesha and six-year-old Sahala – brought to light once more the question of whether Sri Lanka’s waters are really safe.

Jayasuriya’s wife Hasini, who was injured on the scene, succumbed to her injuries later on whilst being treated at a private hospital in Colombo. The family had been on holiday at Kirinda beach, Yala when disaster struck.

“Before we look into lifesaving, we must look into prevention. Water safety is vital,” said Sri Lanka Coast Guard Chief Instructor P.K. Edirisinghe. As Sri Lanka is an island, we are surrounded by sea and also have miles and miles of lakes, tanks, and rivers located inland. 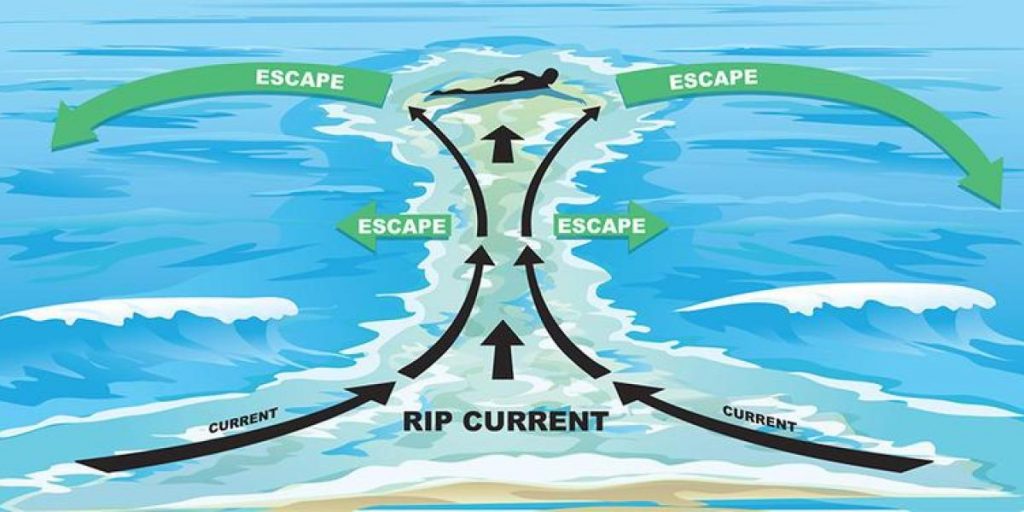 Edirisinghe stated that most incidents of drowning occur when villagers who are used to swimming in lakes and rivers believe they can swim the same way when in the sea.

“It is important to remain calm when you get caught to sea currents. It is proven that most people die because they get too excited or exhausted; one must remain calm and afloat. There have been several instances where the current itself brings one back to shore,” he stated.

There are several types of currents: flash currents which occur instantly due to a combination of various environmental factors, fixed currents which are permanent, and finally, travelling currents which travel from place to place.

Edirisinghe warned that the beaches along the coast of Hambantota, Colombo, and Negombo are not safe to visit during this time of the year, while the beaches towards the northeast such as Nilaveli beach and Trincomalee beach are safe during this time of year. Providing instructions on how to save someone who is drowning, Edirisinghe stated that it is of great importance that the individual ensures their own safety before trying to save another. He said the individual should alert people around them as well.

“You must take an object with you that the victim can hold on to, preferably a rope with a bottle attached to it. Then, you can ask the victim to hold on to the bottle, making sure the victim doesn’t cling on to you in the process. These are basic instructions we give all our lifeguards,” he said.

He also stated that there are certain locations people should never bathe, especially at Galle Face, and places such as Akurana where there is a high concentration of rocks.

People need to be cautious

According to Sri Lanka Life Saving (SLLS) statistics, around three deaths per day due to drowning are reported, averaging 1,100 deaths annually. Further, SLLS stated that according to a 2014 World Health Organisation (WHO) report listing countries with the highest drowning rates, Sri Lanka ranked 16th.

SLLS President Asanka Nanayakkara stated that people should familiarise themselves with their surroundings before bathing in the sea, especially in areas with sea rocks, which they may hit.

“We must take precautions and identify currents; if there is a muddy area where there seems to be internal unrest in the sea, it’s better to stay away from that area.

“Further, we must ensure we only bathe in areas where we are capable of returning to shore as soon as possible in case of an emergency. It is also advisable to never bathe alone, especially in the sea,” he advised.

Speaking to The Sunday Morning, Sri Lanka Navy Media Spokesperson Lieutenant Commander Isuru Suriyabandara stated that people have a responsibility to be cautious.

“The Sri Lanka Navy deployed a few units solely for this purpose. People must know to stay away from the eastern coast, especially during the monsoon season when seas are rough,” he said.

He further stated that people have to be individually responsible and pay attention to the warning signs, referring to the victims of the Kirinda beach tragedy who had allegedly ignored all the warning signs including the red flags warning them of dangerous waters.

Commenting on the Kirinda incident, the Manager of the establishment where the family was vacationing, Susantha Premaratne, stated that the family had ignored all the warning signs surrounding the region.

“They asked me whether they could bathe in the sea, and I immediately told them that this would be dangerous. We placed red flags along this beach to indicate that it was highly unsafe,” he said.

“It’s the windy season and during this season, the waves tend to be stronger, but there is no actual danger. If you’re going to the beach, you should be mindful of your surroundings,” he said.

He continued that when six-year-old Sahala had told them that they were going to the beach in the morning, they (hotel staff) had alerted them again by stating that it was unsafe to go the beach during the Varakan period (rough-sea season) when the winds are rough and especially in that area, where the sea is quite deep.

Sri Lanka Surfing Federation President Hiran Ukwatta stated that there should be programmes to create awareness among the general public on how to survive in rough waters.

“Instead of making people afraid, we must teach them how to be cautious and careful in water. Water safety should be taught to children in school as part of basic education. However, we have lapsed in this area,” he said.

Ukwatta further stated that it was absolutely vital that the public was aware of how to behave and also identify strange behaviour of waves in the sea.

However, Disaster Management Centre (DMC) Director General W.A. Dharmasiri stated that no special warning was issued by the Department of Meteorology as yet regarding adverse weather conditions along the shorelines.

START OF BOX
According to SLSS, one must not partake in swimming;
· Immediately after the consumption of food
· On an empty stomach
· If there is caution sign (red flag) around the area in which you wish to swim
· If the water is extremely cold or warm
· When you’re feeling extremely tired or lethargic
· After the consumption of alcohol
· If it is suspected the water is unsafe
END OF BOX

July 15, 2019 bythemorninglk No Comments
The Muslim community in Sri Lanka makes up only approximately 10% of the population, and one might be surprised to learn that within that little community are further subsectors.

Women in North trapped in debt

February 10, 2019 bythemorninglk No Comments
While the naked eye sees vast development taking place in the North, what one does not see is the plight of several families in the village and the suffering they have to endure.