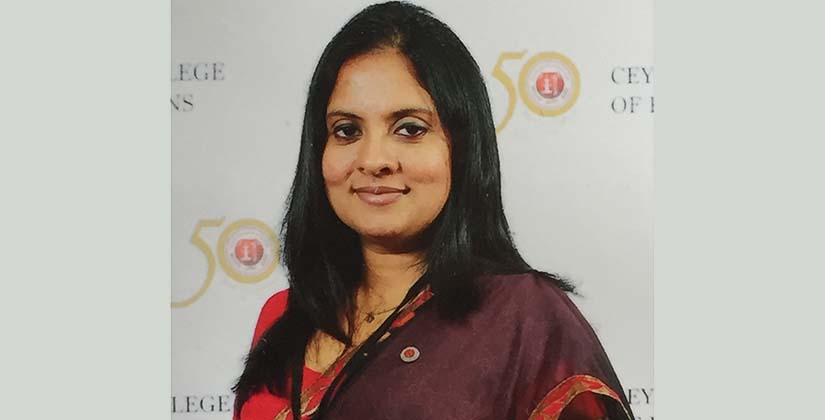 June 5, 2019 by themorninglk No Comments

On 31 May, World Health Organisation (WHO) celebrated World No Tobacco Day (WNTD). This annual campaign is an opportunity to raise awareness on the harmful effects of tobacco use and second-hand smoke exposure. Since this year’s focus was on tobacco and lung health, we spoke to Consultant Respiratory Physician and Senior Lecturer Dr. Yamuna Rajapakse to spread awareness about lung cancer.

How bad is lung cancer?

It’s the number one killer among all cancers in the world and is the second highest cancer among Sri Lankan males.

The number of reported cases of lung cancer in females has surpassed the number of breast cancer cases in 28 countries. However, Sri Lanka is not among them.

The demographics are slowly evolving and now, more cases of lung cancer among non-smoking younger individuals are emerging each year. This was not the case three decades ago and the majority of cases were reported in older male smokers in their early 60s.

Dr. Rajapakse emphasised that smoking is the number one risk factor accounting for 80-90% of all lung cancer cases globally. A single cigarette contains more than 20 known carcinogens, and as such, a smoker’s risk of getting lung cancer is 15-30 times more compared to a non-smoker. She also mentioned that passive smoking (second-hand smoke) is as bad as active smoking, but if you’re a smoker, the good news is that you can considerably lower your risk by quitting the habit.

Pain in chest, shoulder, or back unrelated to pain from coughing, including bone pain

A change in the colour or volume of sputum, especially if it becomes blood-streaked and thick 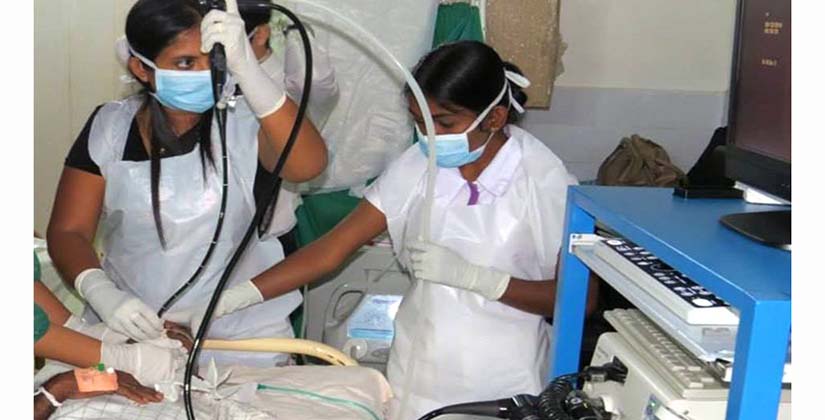 When it comes to lung cancer, early detection is paramount since every centimetre matters. The size of the cancerous lesion at detection has a major impact on overall treatment and prognosis.

Once a lesion is detected, a pathological diagnosis is necessary for further management. This is done by taking a tissue biopsy. With recent developments, there are newer minimally invasive methods such as the bronchoscopic biopsy and the Endobronchial Ultrasound (EBUS) guided biopsy performed by interventional pulmonologists locally.

Dr. Rajapakse also mentioned that once a diagnosis of lung cancer is made – even though any type of diagnosis is bad news – there is one type, known as early-stage Non-Small Cell Lung Cancer (NSCLC) that has a better prognosis and can be treated with surgical resection. She also pointed out that over the years, changes in the structure of cigarettes, especially the filter, have changed the pathology of lung cancer from mostly Squamous cell to the Adenocarcinoma variety.

Are you at risk if you’re a non-smoker?

Environmental smoke or passive smoke is classified as a known human carcinogen. Passive smoking is a mixture of two forms of smoke from burning tobacco:

Sidestream smoke, which comes from the end of a lit source (cigarette, pipe, or cigar) that contains smaller particles which easily make their way into the cells and are rich in carcinogens, and mainstream smoke which is exhaled by a smoker. Hence even non-smokers are at risk when in the company of a smoker.

What precautions should you take if you have a family history of lung cancer?

If you have a first-degree relative with lung cancer, you should take precautions. According to current guidelines, screening is only recommended to those over 50 years old with a history of smoking or an additional illness that puts them at risk of developing lung cancer.

Given the magnitude of tobacco-related cancers, every country should strive to enforce targeted and effective tobacco control policies.

Shisha (hookah) smoking also increases the risk of lung cancer, and awareness on this is required.

Prevention is better than cure

Protect the environment – our lungs are the filter for every airborne toxin and these toxins in turn can switch on lung cancer.

Dr. Rajapakse further emphasised that environmental protection goes a long way and every citizen should be mindful in reducing the use of fossil fuels (petroleum, coal, natural gas, kerosene, etc.), stopping outdoor garbage incineration, and getting your car exhausts in check. By acting now, we can aim to make lung cancer a thing of the past.

CentreStage has grand plans for 2019

March 26, 2019 bythemorninglk No Comments
Hot on the heels of his film noir classic “Stormy Weather”, which earned standing ovations at Asia's largest international theatre festival, Jehan Aloysius is back at work on his latest project.

Feeling hopeless in the time of Covid-19

October 9, 2020 bythemorningeditor1 liberty No Comments
With the resurgence of the pandemic in the form of a second wave and the effects getting progressively more severe, the looming uncertainty has instilled a feeling of hopelessness amongst the general