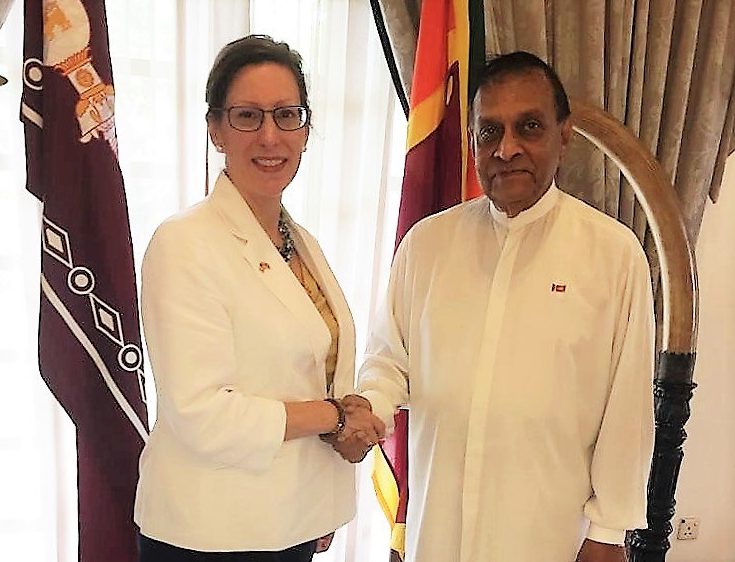 The new US Ambassador to Sri Lanka, Alaina Teplitz, met Speaker Karu Jayasuriya today to discuss the current political crisis in the country.

Ambassador Teplitz, who officially began her tenure in Sri Lanka on 1 November, said in a Twitter post that she met the Speaker to discuss the importance of Parliament reconvening to end the political crisis.

The U.S. Ambassador said the democratic institutions should serve the people of Sri Lanka allowing the elected representatives to decide on the government.

July 30, 2020 byTSM Web Desk No Comments
A protest was launched by the Inland Revenue Staff Federation today demanding that the promised incentives be provided.

PCR testing restructured: Tests to be conducted at MOH level

July 27, 2020 byTSM Web Desk No Comments
Islandwide PCR testing has been extended down to each Medical Officer of Health (MOH) area in every district, The Morning learnt.