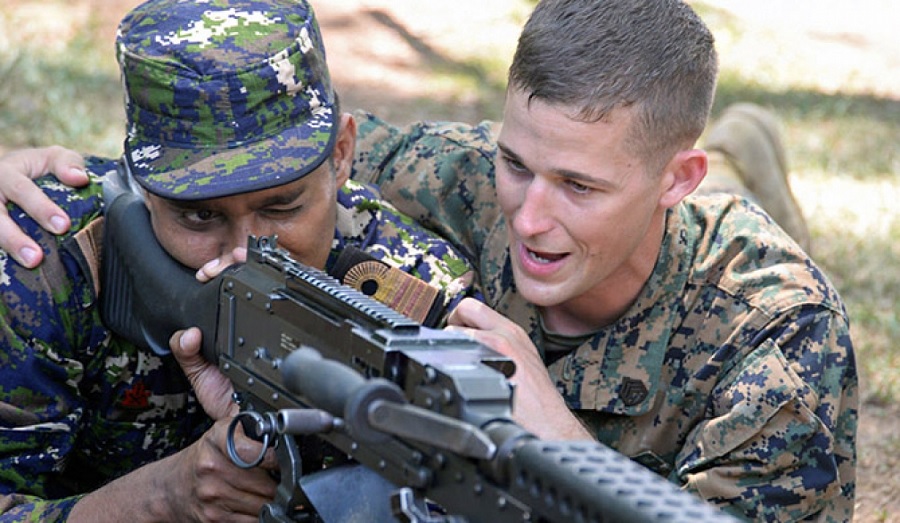 The US defended its defence agreement with Sri Lanka, insisting that in no way would it permit the US to base forces or equipment in Sri Lanka.

President Maithripala Sirisena had last week told local media heads that he is against the agreement.

Concerns have been raised that the agreement will pose a serious threat to Sri Lanka’s sovereignty.

However, US Embassy Spokesperson Nancy VanHorn told The Sunday Morning that Sri Lanka would retain all sovereign rights to approve or deny entry or exit of US personnel, vessels, and aircraft into Sri Lanka’s territory and territorial waters/airspace.

She recalled that in 1995, the US and Sri Lanka concluded the agreement on the status of US Department of Defence (DoD) military personnel and civilian employees who visit Sri Lanka for exercises or official duties.

“We have proposed amending this agreement to include some additional privileges, such as the mutual recognition of professional licenses, how US military personnel and DoD civilians can visit Sri Lanka, fees for support services rendered, and regulations for hiring foreign and local contractors. These updates will streamline processes that are already in place and will facilitate collaboration with the Sri Lankan military on counterterrorism practices, maritime security, and other issues of common concern,” she said.

She also said that these types of agreements are standard practice between global partners and the US, which has similar agreements with more than 100 other nations around the world.

The US Embassy Spokesperson said that these agreements facilitate training, exercises, and exchanges, as mutually agreed and for the benefit of both countries, by standardising routine administrative procedures.

May 9, 2019 byRandev No Comments
An emergency hotline has been introduced by the Sri Lanka Army to report any suspicious situations.