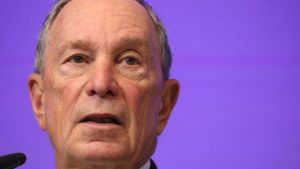 The ex-New York City mayor is concerned the current field of candidates is not good enough to beat Donald Trump in the 2020 election, his spokesman says.

The 77-year-old is expected to file paperwork this week for the Democratic presidential primary in Alabama.

A total of 17 candidates are currently vying to take on President Trump.

Some recent opinion polls have suggested that Warren and Sanders – who are regarded as to the left of Biden – might lose against President Trump if either won the party nomination.

Bloomberg’s spokesman said: “We now need to finish the job and ensure that Trump is defeated. But Mike is increasingly concerned that the current field of candidates is not well positioned to do that.” BBC