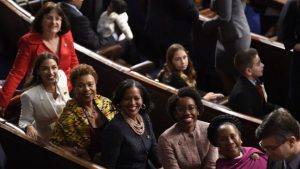 The Democrat-controlled US House of Representatives has voted to end a partial government shutdown – but the move looks certain to be vetoed by President Trump.

Trump has said he will reject any measure that does not provide funding for his proposed US-Mexico border wall.

New House Speaker Nancy Pelosi said no funding for the wall would be made available.

The Republican-run Senate has said it may not even vote on the legislation.

Senate majority leader Mitch McConnell has said Republicans there will not back measures that Trump does not support and called the Democrats’ move a “total nonstarter” and a “political sideshow”.

The legislation passed by the House of Representatives would fund homeland security operations until 8 February and fund several other agencies until September. (BBC)

October 7, 2019 byTSM Web Desk No Comments
Officials are trying to retrieve the bodies of six elephants that fell to their deaths while trying to save each other from a waterfall in Thailand, warning that they pose a water contamination risk.