US Senator warns of China’s tactics in Sri Lanka 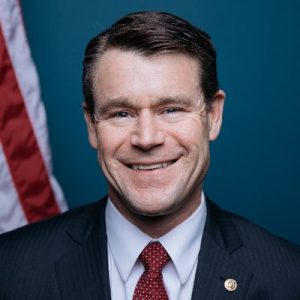 An influential US senator and a senior Trump administration official says China’s neocolonial hardball tactics and use of debt to force Sri Lanka to agree to a 99-year lease on a key port should be instructive to observers around the region.

While the US focussed on building self-reliance, strategic and economic partners, China focussed on resource extraction and creation of dependence, he rued.

“China’s neocolonial hardball tactics and use of debt to force Sri Lanka to agree to a 99-year lease on a key port should be instructive to observers around the region, including Pakistan, Bangladesh and elsewhere,” Senator Todd Young said during a Congressional hearing Friday, the PTI news service reported.

During his confirmation hearing for the position of deputy administrator of USAID Wednesday, Bonnie Glick agreed with the assessment of Senator Young, which is similar to that of USAID Administrator Mark Green.

In a June speech at the Brookings Institute, Green described it as “emergence of China’s mercantile authoritarian assistance programs”. China has shown little interest in adhering to the norms of debt sustainability or the principles of development assistance that we believe in, instead securing conditions in indebtedness, essentially mortgage a country’s future, Green had said then.

“I agree wholeheartedly with Administrator Green in his assessment of the Chinese approach to foreign assistance, which at the end of the day is leading to tremendous debt burdens for the countries that are recipients of this Chinese largesse,” Glick said.

What USAID seeks to put forward is something that would be referred to as a clear choice that countries have the option, she said. Glick said it is very important that countries recognize what they are doing when they enter into a deal with the Chinese.

Referring to the just concluded elections in Maldives, Glick said the island-nation has taken the turn away from China. “They just held elections, 90 per cent of eligible voters voted and 58 per cent of them voted for the opposition candidate who took an active pro-Western and anti-Chinese approach recognizing that he’s not interested in mortgaging the future of the citizens of the Maldives,” she said.

During her confirmation hearing, both Yong and Glick expressed concern over China’s use of its own labour for overseas development projects. “That’s a great concern as well, because US development projects are focused on engaging with local employment providing economic growth opportunities for people who are resident citizens of those countries where development projects occur,” she said.

“Importing labour from China and sometimes I understand importing substandard materials is a trap again. Countries aren’t getting economically developed the way they are through U.S. development assistance programs and Chinese laborers come and go,” Glick said.

July 23, 2019 byRandev No Comments
Three suspects who were allegedly involved in the attempted attacks by 'Awa' group on several police officers at Manipay were arrested yesterday (22).

Up country ministers get tough with Govt.

October 26, 2018 byEaswaran No Comments
Government ministers representing the up country estate community have warned of action against the government if steps are not taken to increase the daily wage of estate workers to Rs. 1,000.