US to lose from cancelled talks:Taliban 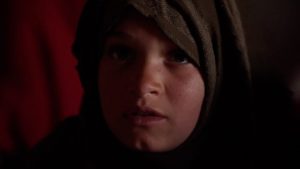 The Taliban says Americans have the most to lose from cancelling peace negotiations that sought to end the 18-year war in Afghanistan.

In a statement, the group claimed all was going well until the last moment.

US President Donald Trump fired off a series of tweets on Saturday night, calling off the secret meeting at his Camp David retreat the following day.

He said his decision came after the Taliban admitted being behind a recent attack that killed a US soldier.

What had been planned?

In an unexpected move, Mr Trump had arranged to meet with senior Taliban leaders and Afghan President Ashraf Ghani at the Maryland retreat.

The meetings were likely to have been kept separate, as the Taliban refuses to talk directly with the Afghan government, insisting they are American puppets.

In 2001, the US invaded Afghanistan and overthrew the Taliban government because the militants had given safe haven to the al-Qaeda network to plan the attacks on the US on 11 September.

On Fox News on Sunday, US Secretary of State Mike Pompeo defended the intention to host the Taliban on US soil, days ahead of the attacks’ anniversary.

He said Camp David was chosen because it has held difficult peace negotiations in the past. “It’s almost always the case that you don’t get to negotiate with good guys,” he added.

How far had things come?

Nine rounds of talks had already taken place between the US and Taliban representatives in Doha, the capital of the Gulf state of Qatar.

On Monday, the top US negotiator announced a peace deal “in principle”.

As part of the proposed deal, the US would withdraw 5,400 troops within 20 weeks, in return for Taliban guarantees that Afghanistan would never again be used as a base for terrorism.

The US currently has about 14,000 troops in Afghanistan.

What else did the Afghan parties say?

In the statement, Taliban spokesperson Zabihullah Mujahid also accused the US of lacking maturity and experience, after pulling out of talks over one incident.

In a news conference in Kabul, a spokesperson for President Ghani simply repeated a long-standing wish for direct negotiation with the group.

“We strongly believe in a process that can be led and owned by Afghan government and Afghan people,” said Sediq Sediqqi.

What sparked the cancellation?

On Thursday, a Kabul car bombing carried out by the Taliban killed 12 people, including a US soldier. A Romanian soldier serving with the Nato-led mission was also killed.

But the Taliban had never agreed to end their violent campaign against Afghan and foreign forces while the peace talks were taking place. Sixteen US troops have been killed this year.

A recent escalation of violence had deepened fears that a looming US-Taliban agreement would not end the daily fighting in Afghanistan and its toll on civilians.

Yet Kabul residents on Sunday questioned why the death of one US soldier should scupper prospects for peace.

“So, the Afghans who have been losing their sweet lives during all these years, is their blood worthless?” asked one grocery shop owner who spoke to the BBC’s Pashto language service.

November 18, 2019 byTSM Web Desk No Comments
Police are surrounding a Hong Kong university campus after a fiery overnight stand-off with hundreds of protesters inside.