US to send 1,000 additional troops to Middle East – Pentagon 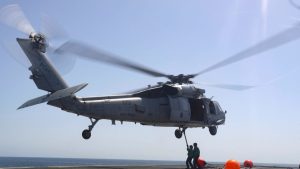 The acting Pentagon chief has green-lighted the deployment of 1,000 additional troops to the Middle East, citing “reliable, credible” intelligence on recent attacks on oil tankers in the Gulf that Washington blames on Iran.

In a statement Monday, Acting US Defense Secretary Patrick Shanahan said he approved US Central Command (CENTCOM)’s earlier request to increase forces to “address air, naval, and ground-based threats in the Middle East.”

The US has been beefing up its troops in the region since early May, when Washington sent a battery of Patriot missiles, nuclear-capable bombers and an aircraft carrier strike group to the area, where it currently has 1,500 troops. The growing threat from Tehran was given as justification for the buildup. Washington has blamed Iran for a number of incidents in the region over the last two months. Tehran denies its involvement.

A recent report, citing UN sources in New York, alleged that Washington was considering launching a ‘tactical assault on Iran’ in retaliation to the June 13th attack on two foreign tankers in the Gulf of Oman.

The statement itself comes just hours after the Pentagon released new images purporting to prove Iran’s guilt in the incident that damaged Japanese-owned tanker ‘Kokuka Courageous’ and the Norwegian-owned ‘Front Altair’. No insignia, flags or names of the vessels can be discerned from the footage.

Iran has refuted all the allegations about its involvement in the incidents, pointing to a vast record of ‘false flag’ operations carried out by the US to back up its interests around the world. RT

October 10, 2018 byMalik No Comments
Powerful Hurricane Michael is set to make landfall in Florida later on Wednesday, forcing mass evacuations in the southern US state.