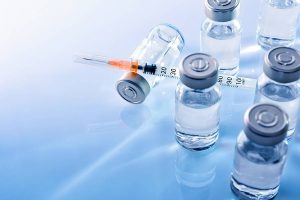 The US declared a state of emergency in January this year due to a measles outbreak on its East and West coasts, despite its declared eradication from the country in the year 2000. With just over 200 reported cases in the first two months alone, the Centres for Disease Control and Prevention in the US blames the outbreak and spread of this epidemic on international travellers importing the disease into the country as well as the increasing popularity of “anti-vaxx movements”.

With the “pro-choice” movement against vaccines becoming a growing trend, a larger number of people are turning to more “organic” lifestyles and the concept of relying on natural immunity alone. The origin of this trend is also partially based on the yet-to-be-proved claims that vaccinating children may possibly lead to the development of autism later on.

Yet, even among all these new ideas popping up, studies keep proving time and again that those who remain unvaccinated are much of threat to others as they are to themselves. So, what exactly is the science behind vaccines?


The history of vaccines

At a time when smallpox was claiming the life of thousands, Edward Jenner’s 1796 invention of the smallpox vaccine helped established him as the father of vaccinology in the West. But the history of immunisation dates back to centuries when people drank snake venom to make them immune to the substance.

It can also be seen in the way the Chinese practised variolation as a defence against smallpox in as early as 1000 BCE – centuries before Jenner’s discovery.

Loius Pasteur’s work with the rabies vaccine and the cholera vaccine, along with many other findings that spearheaded studies on vaccines in the 20th Century, has helped immunisation become what it is today.

In Sri Lanka, it goes back to the 19th Century with certain vaccinations being made compulsory in the Vaccination Ordinance of 1886. The Expanded Programme on Immunisation (EPI) established in 1978 has continued to make excellent progress since its establishment, achieving high immunisation coverage and disease control. The latest addition to the Sri Lankan immunisation schedule is the HPV introduced in 2017.


Why is the ‘antivaxx’ trend so dangerous?

While the idea of letting your body build up natural immunity and protect itself from diseases in the natural way may sound appealing, it is also extremely dangerous to both the individual and the community surrounding them.

Firstly, leaving your baby unvaccinated makes them vulnerable to a horde of diseases and as a matter of fact, many of the youth who were left unvaccinated in their childhood are voluntarily getting themselves vaccinated in the US. Secondly, it puts the community in danger as a result of a concept called “herd immunity”.

“Herd immunity is when a large number of the population has been vaccinated and the disease is contained from spreading freely. However, when there are pockets of people who are left unvaccinated, they become a threat to the whole ‘herd’,” says private practitioner Dr. Yasantha Ariyaratne (M.B.B.S [MD]).

For example, a baby is injected with protection against measles, mumps, and rubella only in their ninth month, meaning that they are susceptible to those diseases for an entire nine months and may easily contract the disease should they come into contact with anyone infected by it, as a result of non-vaccination.


The immunisation schedule in Sri Lanka

According to Gavi, The Vaccine Alliance, Sri Lanka has been a model example of vaccine compliance with the current immunisation programme sustaining a 99% coverage rate.

The current schedule followed in Sri Lanka begins from the birth of a baby all the way through their school years, with certain vaccines being provided later on during the period of pregnancy.


Apart from the vaccines within the schedule, the National Immunisation Programme also offers a range of other special vaccines.


Things to be aware of

In spite of being essential for immunity, vaccines can have side effects as well. Symptoms such as mild fever, swelling, redness, and a lump in the area that was vaccinated are extremely common. There are many who can be allergic to vaccines as well; if the allergy is simple, it can be treated with antihistamines, said Dr. Ariyaratne. However, special attention must be paid if the patient shows signs of anaphylaxis (severe allergic reaction).

Other side effects can also rise, as was seen by the development of shingles in those injected with the chickenpox vaccine. However, these are not particularly fatal and there is definitely more danger in exposing yourself to the risk of diseases unvaccinated, assures Dr. Ariyaratne.

Earlier this year there was also controversy surrounding the influenza vaccine recently introduced to the country. While there are flu-specific vaccinations such as the H1N1 vaccine, the general flu vaccine is equipped with the ability to fight against only one particular strain of viruses.

Dr. Ariyaratne explained: “In the US, they are able to identify the particular strain the patient is infected with and their vaccines are more effective. Unfortunately, our own virology labs are not at that level of advancement and as of now, the current flu vaccine does not really give you much of a fighting chance against every flu out there.”

All basic vaccinations recommended by the World Health Organisation (WHO) are a must for travellers. Those coming from or travelling to yellow fever endemic countries must have a certified yellow fever vaccination. Countries like Saudi Arabia recommend the meningococcal vaccine especially to those travelling on the Hajj pilgrimage.

Those travelling to Japan, China, and Southeast Asia are expected to be vaccinated with JE at least 10 days before travelling. Furthermore, vaccinations like typhoid, pneumococcal vaccine, rabies, and varicella can be taken as a standard precaution. Travellers to Sri Lanka are also well-advised to protect themselves against mosquito-borne diseases.


For further advice on immunization when travelling abroad and identification of allergic symptoms, the Sri Lankan Medical Associations’ handbook on vaccines (2017 edition) is available for download at: http://slma.lk/wp-content/uploads/2017/12/GSK-SLMA-Guidelines-Information-on-Vaccines.pdf