October 16, 2019 by The Sunday Morning No Comments 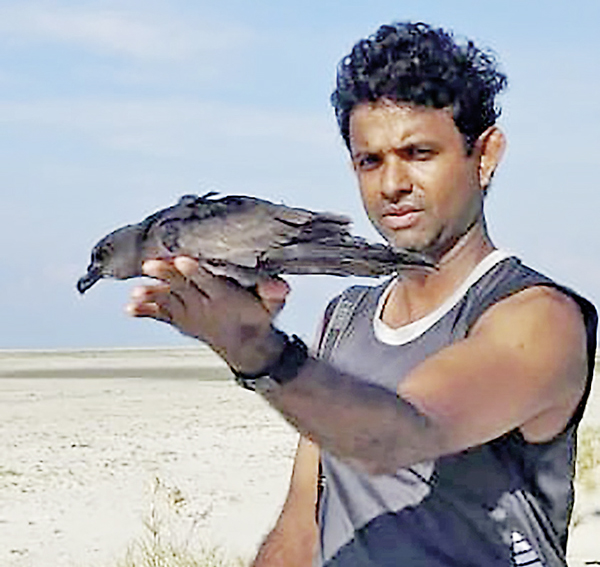 The familiar setting for the monthly lecture for October titled the “Greatest Dance on the Planet”, organised by the Wildlife and Nature Protection Society (WNPS), will take place on 17 October at 6 p.m. at the Jasmine Hall, BMICH. The monthly lecture is open to both members and non-members and entrance is free, warmly welcoming all wildlife enthusiasts. Having gone to several of these lectures, we can assure that it always proves to be an evening well spent.

WNPS introduced us to the speaker – a brilliant young scientist. He is a research scientist with a focus on areas such as molecular ecology, evolution, and ornithology. He is currently a senior lecturer in zoology at the Department of Zoology and Environment Sciences of the Faculty of Science of the University of Colombo. We spoke Dr. Sampath Seneviratne to know about the lecture.

Stories on bird migration date back to 100 to 200-year-old trails, but those stories have no basis to them. The first mention of it comes from colonial naturalists, dating back to the 1800s where they had observed it and begun to understand it. But all of these experiences were new to them. New places and animals in tropical places were found to be weird, and to top it off, flying was a concept they couldn’t even begin to comprehend. They only knew one method of travel – through sailing that took forever. They didn’t have the ability to understand the depth of migration.

The first-ever story of migration is related to the white stalk, a common bird found in Europe. They were usually found on top of large buildings. People knew that they disappeared during winter and went somewhere warm, but they didn’t question it. However, one time, one of the birds returned with a spear in the neck. When closely observed, they found it to be a hunting spear used by African Bushmen. This is the first time they questioned and studied over time how far these birds could fly. But there isn’t much evidence to support these stories.

It is in the 1900s that the bird banding campaign began. This involved tying a band with the number and address of where they migrated from attached to their leg. They soon found that birds from America end up in South America, birds from Europe in Asia and Africa, and birds from Russia also in Asia. 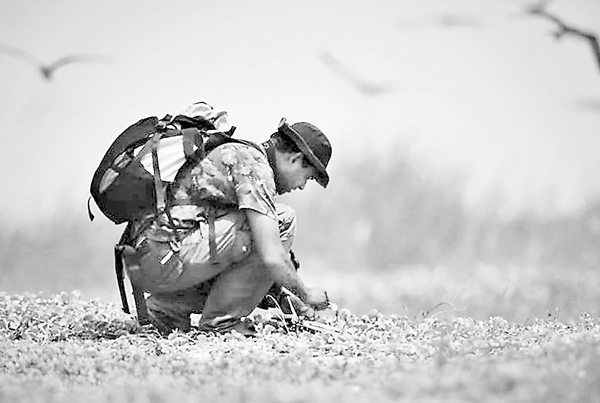 The first local book written in Sri Lanka dates back to 1880 based on natural history. Authored by a British captain, it clearly distinguishes migrating and non-migrating birds. There are also references from a British governor named Layard, who was also a colonial naturalist, commenting on migration. Native scripts on migration came in very much later.

But we have references in the Sandeshya Kavya on using pigeons for communication. These references echo the same knowledge of bird migration where they go back to where they came from. Pigeons specifically have a system in their head like a GPS system. The combination of the ability to see Polaroid light and feel the Earth’s magnetic fields helps them go back.

In fact, during the 1900s, pigeons were sold in hundreds to ships, and every week, the captain of the ship would release a pigeon with their location. The bird would fly back to its owner and they would post the location of the ship to the authorities.

Greatest Dance of the Planet

We had to ask Dr. Seneviratne why the lecture is titled the “Greatest Dance of the Planet”. He explained that when you study the flight patterns and fast forward it, it looks like an animation of a dance. Most birds breed in the northern latitude and as soon as it gets colder, the birds fly towards the southern hemisphere. When millions of these birds fly in this very predictable pattern to the south during the months of October and November and fly back to the north in March and April, the recording of this phenomenon looks like a ballroom dance. They are very rhythmic and predictable.

There are many animals in the world that migrate, such as fish, mammals, butterflies, etc., but the scale of birds that migrate is what makes it the greatest dance. One-third of the bird species in the world migrate every year. There are 11,000 different species and 2,500 of them migrate annually in millions. It truly is a sight to witness and Dr. Seneviratne promised to share these recordings at the lecture.

In summary, his talk will be based on three key points. First is the history behind the knowledge of migration. Secondly, the new technologies developed to study migration found recently in the last 10 years. For example, satellite tracking systems have helped us capture how birds fly 9,000 km within two weeks! They fly from Alaska over the Pacific Ocean to New Zealand during winter. It is amazing to see how parts of the swarm of birds sleep while the others fly to continue their journey without stopping. They don’t even stop for food! Some birds fly over the Himalayas where the oxygen levels are so low that even trees don’t grow and there is no life. Flying is a very high-energy, expensive activity, and by studying this flying pattern, researchers are able to help astronauts understand better about surviving in low-oxygen environments. The final area of focus will be about what we can learn from studying the migration of birds.

Road back to normalcy

May 19, 2019 bythemorninglk No Comments
What of parental concern?

Your wedding has been ‘pandemicked’

May 31, 2020 byJennifer No Comments
Lots of weddings the world over were cancelled after lockdowns and curfews were put in place in March, with things growing bleaker as time wore on and the long-term ramifications of the pandemic becam