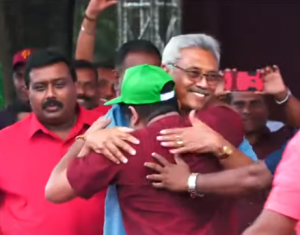 Senanayake was carried through the crowd at the rally, during Rajapaksa’s address. Senanayake and Rajapaksa subsequently embraced each other on stage.

UNP’s decision came after Senanayake’s letter to NDF candidate Sajith Premadasa demanding answers to questions including who would be appointed as PM. 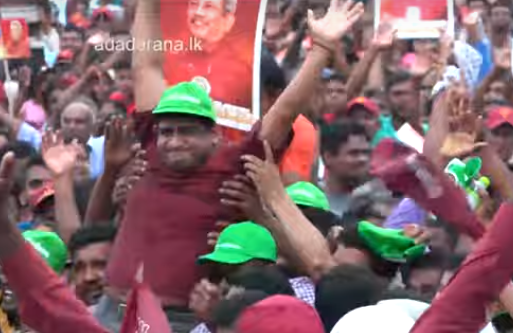