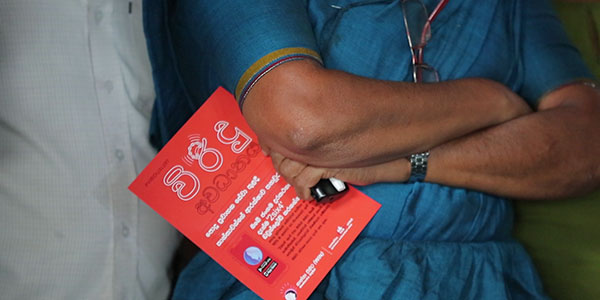 September 13, 2018 by Jennifer Anandanayagam No Comments

A campaign against harassment of women in public transport

Over three million people in Sri Lanka use public transport every day, and it is no surprise that many women who use this mode of transport are subjected to sexual harassment. Due to lack of action taken by the government and lack of concern from the public, only a mere 4% of these cases are ever reported. When reported, even fewer are actually brought to justice.

Sexual harassment in public transport is extremely common in Sri Lanka. These acts of harassment include, but are not limited to, unsolicited touching, excessive unnecessary body contact and deliberate rubbing of body parts and genitalia. According to Sec 345 of the Penal Code, the following can be considered sexual harassment, “harassment of a sexual nature using assault, criminal force, or words or actions which cause annoyance to the person being harassed.”

Social stigma and Sri Lankan culture seem to have culminated in the idea that harassment of this sort is inevitable and is something that women should just live with. One organisation is looking to change that.

Women In Need, (WIN) the pioneer organisation against gender-based violence in Sri Lanka have stepped forward to empower the women of the country against such harassment, this time focused on public transport. This comes in the form of an app – 2six4, Sri Lanka’s first personal-safety mobile app to combat gender-based violence. Created with the safety and protection of women and girls in the country in mind, the app is designed to provide assistance in emergency situations by providing easy access to the necessary resources and service providers, which means that at the press of a button, you are able to contact close friends or relatives whenever you are caught in a dangerous situation. The app also helps you find the nearest police station and hospital based on your location, if necessary. Furthermore the app proves useful in informing users with regards to rights, laws, and gender based violence, spreading much needed awareness regarding these matters.

It is the promotion of this app that is gaining much attention from the public. To look for the best way to get the message about sexual harassment across, WIN went back to the roots. 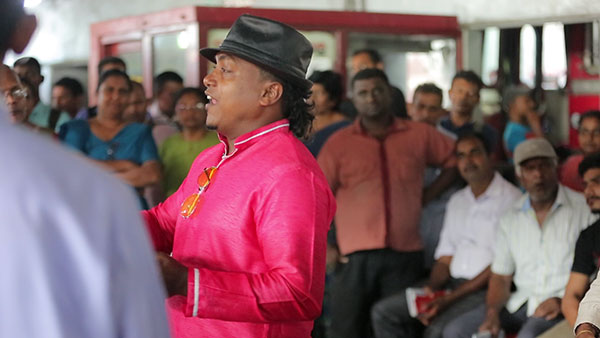 Viridu – one of the oldest art forms in Sri Lanka, often performed in buses and trains (the very sources of the problem) proved to be the answer. With the help of Suranga Kavee, a local Viridu artist, WIN recently released a song via Soundcloud, which is now being promoted live. The song titled ‘Viridu Alert’ contains a strong message for predators who lurk on public transport while urging the public to not merely stand by and watch when they spot harassment taking place. Suranga Kavee and his pupils are now performing this song that has eventually reached the radio waves, live at bus stations and trains.

Not stopping there, the organisation has also launched a petition against the sexual harassment of women, now with over five thousand signatures. They hope to make as much noise as possible so that the necessary authorities in charge of public transport may become aware of the harassment taking place and that stricter measures will be put in place to bring an end to it.

The goal behind the #Viridualert campaign is primarily, to spread awareness among women that they can stand up to harassment, assuring them that help is close by when they need it. With the help of the 2six4 app, WIN hopes that more and more women can feel safer on their daily commutes. WIN are supported by Ratthi in this effort to end the menace of harassment in public transport. They hope that the general public will take more interest in this pressing issue so that justice may be served faster.

The 2six4 app is available in all three languages on the App Store and Google Play Store.

The petition can be found here

The song can be heard here

Virtual travel – the next best thing?

June 23, 2019 bythemorninglk No Comments
Did you know - Almost 600 plants have gone extinct in the wild over the last 250 years!