Virtual crimes the looming darkness on the net

October 29, 2019 by The Sunday Morning No Comments 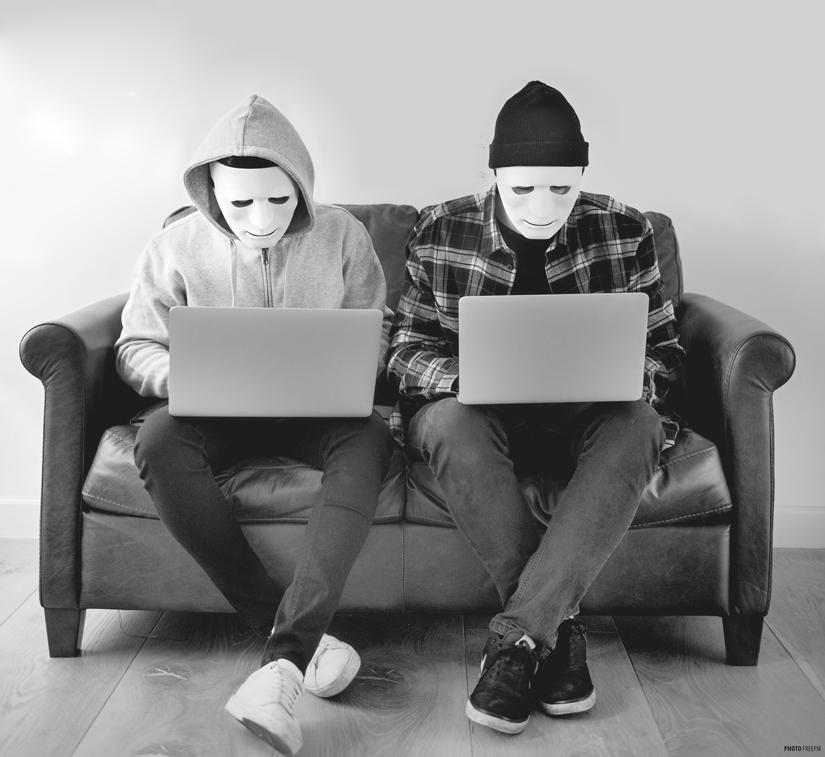 Twitter user Kushan Liyanarachchi, a professor in big data analytics currently located in China, shared a harrowing tale illuminating the darker side of social media and the internet; he recounted the story of how a friend of his happened upon nude photos of his 14-year-old niece which were taken by the young girl herself to be shared with an online predator. “The girl child attends an international school in a major city. She had used her dad’s phone to create an Instagram account at around 12 years of age,” he said.

Having discovered these images and the circumstances behind it, a complaint was made to the authorities and there was an investigation. Following which, they found that a man had been courting this young girl for two years – first on Instagram and then continued onto the messaging platform WhatsApp. The young girl had sent several nude pictures via WhatsApp and the suspect had threatened to kill her parents if she stopped. The young child never approached her parents for help.

The investigation was carried out following the call made by the child’s parents to 1929 Child Line Sri Lanka, and they were called in to meet with the Bureau for the Prevention of Abuse of Children and Women at Police Headquarters.

The digital forensics team at the Criminal Investigation Department (CID) immediately started their investigation and within just only two hours, they located the perpetrator and brought him for identification. Once the positive ID was made, he was apprehended. The suspect was a 16-year-old boy who attended a leading school in Colombo and he would be tried as a minor.

We contacted Assistant Superintendent of Police of the Children and Women Bureau Sri Lanka Rajini Amarasena, who provided that all complaints should be made to the hotline, and that the department and Police are fully equipped to assist and bring perpetrators to justice.

“Most parents worry when their child is not at home and when they are within the limits of their home they believe them to be safe, but this is not always the case,” she said, providing that you must always be vigilant of whom your child interacts with, and more often than not, they are targeted by those closest to them.

Children are some of the most vulnerable members of our society and can be victims of various forms of violence.

While child pornography and online sexual harassment are virtual crimes, it does not make them any less real.

The global reach and anonymity of the internet has facilitated the distribution of material showing children being sexually abused and access to it. Children today have unprecedented access to computers from an early age and although the exploitation of children is not a new phenomenon, the digital age has aggravated the problem and increased the vulnerability of children.

According to the US Department of Justice, just this month, police in 12 countries arrested 338 suspected members of the world’s largest child pornography distribution and consumption network that was run by a South Korean man and funded by cryptocurrency.

Globally, there are protections and guidelines available for one to better understand the nature of the crimes children may be vulnerable to.

They say that offenders can now produce, exchange, and even directly record a live video of children being abused, and worst of all, they can come into direct contact with children via social networks and chat functions in games or apps.

In addition to apprehending those persons who commit these crimes, there’s also the element of the platforms that allow these crimes to be carried out.

Facebook is a popular platform that’s used to disseminate pornographic images non-consensually. In an attempt to bolster a functional abuse reporting infrastructure, Google and Facebook teamed up and hosted an EU child safety summit that focused on how to keep young people safe online and focused on how the two internet superpowers were fighting cyber sexual harassment.

As for Sri Lanka, there are laws in place to protect the public from cyber crimes. Legislation that governs cyber-related activities include the Information and Communication Technology (ICT) Act (2003), the Electronic Transactions Act (2006), Computer Crimes Act (2007), and the Evidence (Special Provisions) Act of 1995 which allows for computer evidence and audiovisual contemporaneous to be admitted as evidence in cases, and judges are given considerable discretion to implement these laws.

We got in touch with Prof. Kushan Liyanarachchi, who has worked in the field of combating child pornography, who shared with us the best ways to address the issue and to ensure your child’s safety.

He provided that all is well in theory when it comes to the safeguarding measures in place. However, what is most important is how you can protect your young one.

Prof. Liyanarachchi stated that awareness is key. In a culture such as ours, open and honest discussions are either rare or nonexistent, but with the changing nature of the world, this behaviour cannot continue.

He said: “You must educate your children about online predators. It is your responsibility to have that talk when the child grows up. Predators often target persons who are lonely or who have low self-esteem, but in order to spot your child’s state of mind, you must have a previously established relationship with them.”

All children are prone to risky behaviour; they are curious, especially about topics like sex or drugs. They may imitate what their friends do or talk about at school, as they may feel particularly pressured into doing so in order to feel part of their group or to fit in.

Speaking to your child about what a risky relationship entails is imperative; you must give examples to help your child understand what a healthy relationship is so the child themselves may recognise when they are in danger of being exploited or if not, so that they come to you if they feel at risk.

Make it clear to your child that you want them to come to you with any questions or concerns; let your child know that they can tell you anything and you won’t get upset even if they have broken a rule you may have imposed on them.

Make sure your child understands that being pressured to keep a relationship secret or to do something that makes them uncomfortable are signs of unhealthy relationships that should be put a stop to immediately.

Talk to them about the dangers of apps like Facebook, Instagram, TikTok, WhatsApp, etc. Tell your child why they shouldn’t chat privately with unknown persons, regardless of how innocent the exchange may seem.

Prof. Liyanarachchi stated that something that is most important is to make it very clear to your child that they should never take images of themselves that they wouldn’t want seen by all of their classmates, teachers, prospective employers, or anyone for that matter.

He said that these conversations, while at first may seem uncomfortable and at times unnecessary, are the most effective way to protect your children from the looming epidemic that is cyberthreats, which are a constant concern and are only going to get worse. Equip your child with the knowledge and offer them an unfaltering solid safety net in you.

August 6, 2019 bythemorninglk No Comments
The Voice by Ishan De Lanerolle is delighted to present Eksath De Alwis live in concert on 10 September at the Lionel Wendt Theatre from 7 p.m. onwards.

Sri Lanka’s mastery in the art of cooking