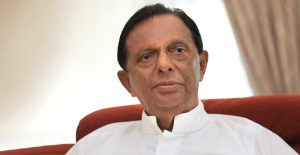 Due to the current security concerns, the ‘Visa on arrival’ programme to foreign nationals of 39 countries has been put on hold.

The Ministry of Tourism and Christian Affairs has said that due to the Easter Sunday terror attacks that shook Sri Lanka the programme initially to be conducted on 1 May 2019 has been postponed.

“Although arrangements were in place to issue a visa on arrival for citizens of 39 countries we have now decided to hold it for the time being in consideration of the current security situation. Investigations have revealed foreign links to the attacks and we don’t want this facility to be abused,” noted Minister of Tourism, Wildlife and Christian Religious Affairs, John Amaratunga.

The visa on arrival pilot programme was part of a larger initiative to increase tourist arrivals to the country during the six month off-season period from May to October.

Arrangements made for departure of 18,093 foreign tourists