October 1, 2019 by Charindra No Comments 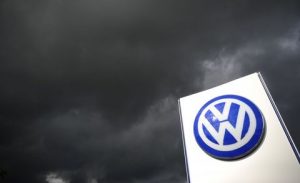 A landmark legal action against Volkswagen has begun, with hundreds of thousands of German consumers seeking compensation from the car maker over emissions test cheating.

Volkswagen has already paid out more than US$ 32.7 billion around the world in fines, compensation and legal costs since the scandal first came to light in September 2015. The company was found to have installed software that lowered harmful emissions of nitrogen compounds under test conditions.

The case involves about 470,000 owners of diesel-powered cars sold after 1 November 2008 by the Volkswagen Group. The cars affected included vehicles under the Volkswagen, Audi, Seat and Skoda brands.

The first hearing in the trial began on Monday in Braunschweig, close to Volkswagen’s Wolfsburg headquarters. The case has been brought by the Federation of German Consumer Organisations (VZBV) on behalf of consumers. It is a declaratory model action, a new form of German legal instrument similar to US class actions or group litigation orders in the UK. The instrument was created to allow collective redress for consumers.
Volkswagen, which employs more than 630,000 people worldwide, admitted in 2015 to manipulating 11m vehicles worldwide to fool emissions tests. Along with the €30bn in costs directly related to scandal, “Dieselgate” has also prompted a slump in diesel sales across Europe following a political backlash. Volkswagen executives have admitted that the scandal has prompted them to move more quickly towards battery electric vehicles as they try to repair the company’s reputation.

AIA to focus on raising health awareness in Sri Lanka