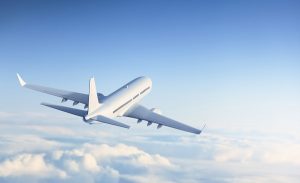 Questions have been raised over the handing over of two VVIP aircraft owned by Sri Lanka to a Lithuanian company for overhauling purposes.

It is reported that the Lithuanian company did not have a relevant quality certificate needed to overhaul aircraft. It is further learnt that the requirement of such a certificate has been removed during the tender process, even though it had initially been mentioned as a compulsory document.

However, when The Sunday Morning contacted Sri Lanka Air Force (SLAF) Spokesman Group Capt. Dushan Wijesinghe, he said the decision had been taken by a Cabinet-Appointed Procurement Committee (CAPC) and the process had been carried out for nearly two years before it was finalised recently.

The two aircraft have already been handed over for the overhauling processes and the Lithuanian company had fulfilled all required quality assurances needed for overhauling processes, he said. When queried about the total cost of the bid, the SLAF Spokesman said the total amount was confidential, as it could affect future tender processes.

August 19, 2020 byCharindra No Comments
Airport and Aviation Services (Sri Lanka) Ltd. (AASL) expects to finalise the procedures for the reopening of the Bandaranaike International Airport (BIA) this week.