We are Sri Lankan nationalistic: Sagara 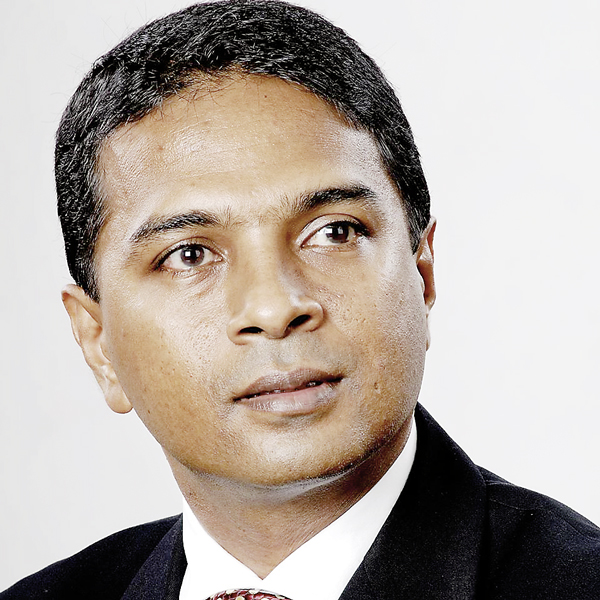 Sri Lanka Podujana Peramuna (SLPP) General Secretary Sagara Kariyawasam said that his party believed the Tamil and other minority groups did not see SLPP presidential hopeful Gotabaya Rajapaksa as a war criminal or someone who violated human rights. Below are excerpts of his interview with The Sunday Morning:

Party representatives as well as party leaders of the SLPP and Sri Lanka Freedom Party (SLFP) have met yet again this week regarding the proposed alliance. How important is the SLFP and its voter base for the SLPP election bid?

Well we are going to face a presidential election where the entire country would be one electorate. In this context, every vote in this country is very important. If you take into account the most recent election we had – the local government election – the SLPP as a party got about 45% of the vote but now we have probably exceeded 50%. We have had a very rapid growth after the local government election. But still, as a political party, we would like to have every possible vote cast for our candidate.

The SLFP had the third highest vote at the local government elections. Part of this SLFP vote has now shifted to us, but there is still a vote base that we would like to garner as well. The SLFP has a vote base that supported former President Rajapaksa up until the 2015 presidential election. So these people have no difficulty coming to vote. Therefore, I think we would have passed 50%. But as a political party, we would like as many votes as possible.

Neither during his public speeches nor during the SLPP convention did Gotabaya Rajapaksa mention who his prime ministerial candidate would be. Is it undecided?

You must ask that question from Gotabaya Rajapaksa. Even though it had not been specifically mentioned, it had been openly discussed at press conferences and public events. So it’s very obvious if you watch closely.

So what you’re saying is that former President Mahinda Rajapaksa will be the prime ministerial candidate?

What I’m saying is that this question should be posed to Gotabaya Rajapaksa. But this answer has been given very clearly to the public.

In the past presidential elections, the minority block vote has gone to the United National Party (UNP) almost by default as an anti-Rajapaksa move. Why is that?

Actually, I must point out here that there was a conspiracy – in no uncertain terms I would use the word “conspiracy”. It was against former President Mahinda Rajapaksa during the last presidential election.

There are certain countries that admitted in their annual budget reports that they have spent sums of money to ensure former President Rajapaksa’s term ended in Sri Lanka. A lot of incorrect information about the various ethnicities were made by the UNP and people close to Mahinda Rajapaksa at that time.

They were close to the former President and they used this to create a situation where the minorities were pitted against Mahinda Rajapaksa. That was the situation. But now, I think most of the minority groups have realised that they were taken for a good ride and this time, they are determined not to make the same mistake.

Why is the SLPP giving SLFP members party membership when the SLFP and the SLPP are still in discussion?

The SLPP is widely perceived as a highly nationalistic party bordering on extremism. Why is nationalism so important when there is no civil war anymore?

So you promote the Sri Lankan identity?

Why then are Gotabaya Rajapaksa’s family, property, and assets all in the US?

That question you must ask from Gotabaya Rajapaksa because I don’t know anything about his assets and properties.

Minorities, particularly the Tamils, see Gotabaya Rajapaksa as being involved in war crimes and human rights violations. How does he hope to garner the minority vote?

We personally believe that they don’t think so.

If by chance Gotabaya Rajapaksa becomes ineligible to contest the presidential election for some reason, who is the second-choice candidate of the SLPP?

He is eligible to contest the election. Therefore, that situation will not arise.

The SLPP, especially MP Namal Rajapaksa, has advocated for a plastic-free election campaign. But reports have indicated plastic use in abundance. Is this mere political rhetoric or would you impose this plastic-free campaign?

First, let me note that it’s not only Namal Rajapaksa but Gotabaya Rajapaksa too, who during his first speech, said that it was his wish to have an environmentally friendly, plastic-free campaign.

We have strictly advised no plastic or polythene usage at our events. We have asked all supporters to strictly adhere to this policy. But as a political party, there are so many supporters and well-wishers, so sometimes we will not have control over each and every person.

We want to bring in a new political culture : Mahesh Senanayake

There’s only one candidate and that’s Sajith: Vasantha Senanayake