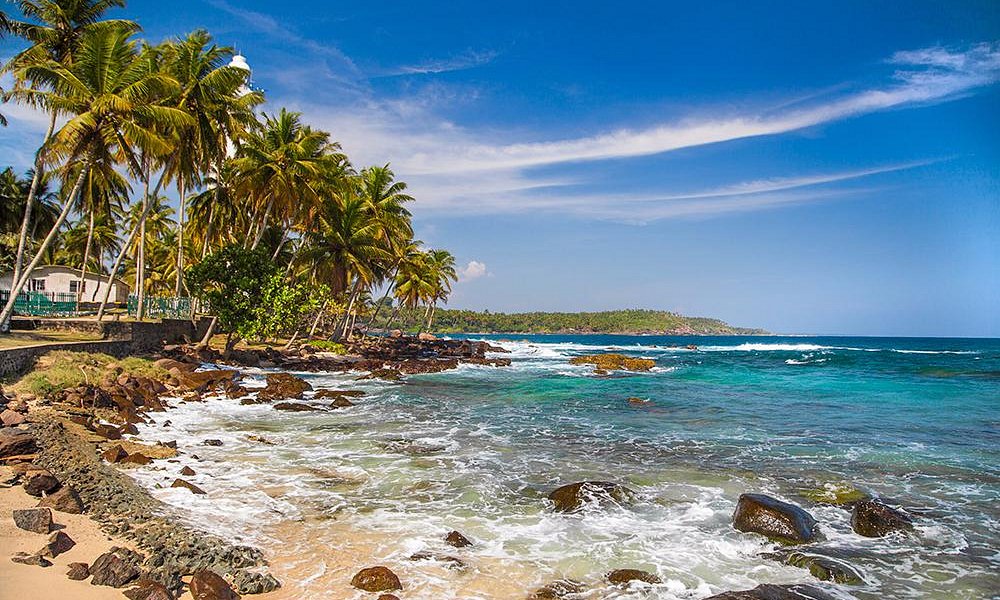 Weligama after the pandemic

September 25, 2020 by Dimithri Wijesinghe No Comments

Visiting Weligama for the first time since the curfew was lifted, the southern coastal city which was once constantly bustling with tourists looked quite different. Weligama, famous for its surfing, featuring family-friendly waves for surfers of any level of proficiency, and its picturesque beaches, has transformed rather drastically with the absence of tourists walking on the side of the road carrying their surfboards.

While the town is missing the many visitors who kept the city alive, the locals have made efforts to find ways to work around the lack of tourists in the area, with many of them turning to businesses which provide for locals and townsmen. However, despite their best efforts, the town has been dealt an unfortunate hand more than once.

In this backdrop, we spoke to several locals both in Weligama town and along the southern coast down Galle Road, who shared that while Covid-19 brought with it difficult times, they have been dealing with many other difficulties with the Southern Expressway coming in and the tsunami well before that.

Governed by an urban council, Weligama is primarily a town for fisheries, with the majority of the locals closer to the coast being fishermen. We visited the Weligama Fisheries Harbour to speak to some of the fishermen engaged in some repairs at the harbour. Speaking to them about the effects of the pandemic, many shared that while Covid was certainly difficult, everyone has been hit equally, adding that, however, the issues they face are those that can be resolved today if local authorities were willing to lend a helping hand.

“The issues we have are fishermen-related issues; our primary concern is the damage to our boats. Damages costing Rs. 20,000-30,000 regularly occur due to the underdeveloped nature of the harbour,” Malaka Surendra shared.

Malaka shared that unlike the Mirissa Harbour, which has been completed with wave-breakers and a space for fishermen to anchor their boats, the Weligama Harbour, which is the only harbour that falls along the Galle Road stretch and is so obviously visible to travellers, has only a stretch of concrete with no place to anchor boats.

“When the waves come in, the boats get knocked on the bunt. To solve this, the ministers come around during every election, but nothing gets done. There are several small villagers claiming rights to this and because everyone is unable to come to a consensus, and also because no one is taking leadership to bring everyone under one roof, this issue has continued without a solution,” he said.

Malaka said that they are willing to do it themselves if the Government is unable to simply create a space for them to get together.

“If there is no harbour, the boats have no rest – it keeps rocking and then breaks, and we have to spend a large percentage of our income on repairs,” he added.

In the meantime, however, the fish salesmen shared that they were greatly affected by the pandemic, especially considering that they were just recovering from the losses incurred due to the Southern Expressway being built.

Suranga Indika said: “With the highway, we have suffered losses as business is far less. The sales we made were mostly to people who used to buy fish when they went back to Colombo through the Galle Road stretch; more than our people in the home town, these visitors were the ones who bought fish, but they don’t take this road anymore because people can now go back to Colombo in an hour or an hour-and-a-half on the highway.”

He said that they used to make good sales when people took Galle Road, and that they could also rely on the tourism industry as Weligama is quite popular with the tourists, especially those who stay for a longer period and cook for themselves. However, with the pandemic, it has been taken away as well, he explained.”

Suranga also spoke about the difficulties they are facing due to the actions taken by the Urban Development Authority (UDA), referring to the permanent structures erected around their sales stands. He said these concrete structures were constructed by the current President when he was the Defence Secretary in efforts to beautify the coastline.

However, he said the fish sales stands were blocking the view of the beach, making it practically unable for them to utilise these structures. “It is unsuccessful. The reason why everyone (fish salesmen) has brought forward these fishing stands of ours is because it is not practically possible to sell from within those structures,” he said, referring to the fact that most of the fish salesmen do not use the structures and instead set up shop in front of it.

He said that while the Weligama Nagarasabha and UDA are meant to maintain these areas utilising the monthly payments made by the fishermen, they hadn’t developed these structures beyond the initial one that was built without consulting them (fishermen). “We were not asked what our requirement would be – it was built arbitrarily,” he said.

Heading towards the Weligama town, we spoke to some business owners who shared that while they themselves would have ordinarily been dependant on locals and not so much on tourists, they too have been affected due to the pandemic as movement was limited.

Chandrika Kumari, who sells rice packets in the town centre next to the main bus stand, shared: “Business is very less. In the past, we would make 70-80 (rice) packets, but now it is around 30-40 because we rely on the working crowd. It is less now because many of them have started to work remotely or are not comfortable with purchasing rice packets due to health concerns.”

K.P. Pradeep Dhammik from Kamburugamuwa, who runs a grocery shop in the town square, shared: “After the pandemic, there is less of a crowd; very little people are leaving their homes now because people are being encouraged to work remotely. We used to have a lot of celebrations and people going to visit families, and our main sales were from people coming from Colombo to visit families, but that is no longer the case.”