What do the amendments to the National Procurement Guidelines entail? 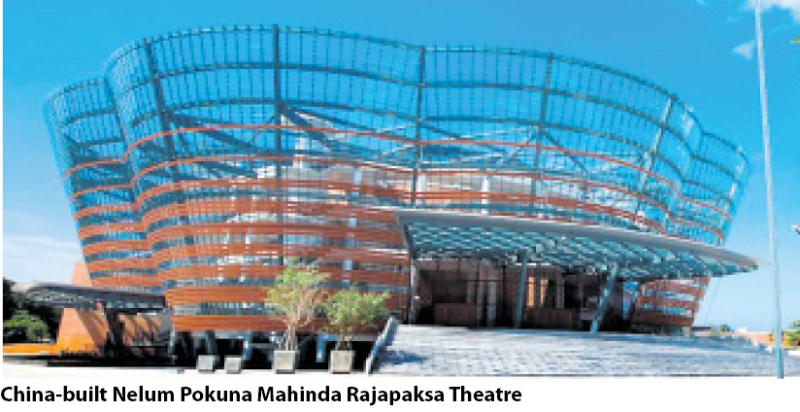 The current Government, since it was elected in November last year, has expressed its interest in encouraging local industries and local manufacturing that have been overshadowed by imports in the past decades.

Most notable amongst these initiatives is the indefinite ban on imports that was announced mainly to prevent foreign reserve spending, thereby boosting local production and businesses.

The latest addition to these initiatives is amendments to the National Procurement Guidelines (NPG) proposed by Prime Minister Mahinda Rajapaksa in his capacity as the Minister of Finance, Economic and Policy Development, with a view to assist local industries, especially amidst the disruption caused to businesses by the local spread of Covid-19.

Even though the existing provisions in the national procurement guidelines allow procurement by local businesses for state projects, space for local selection has been very much limited due to existing provisions in the NPG, according to a cabinet decision submitted in this regard. To facilitate this, the Government is now planning to implement the necessary amendments as proposed by the Premier which were approved by the Cabinet of Ministers on 15 July 2020.

According to the Ministry of Finance, these guidelines are applicable to all state projects including public-private partnerships (PPP) unless an agreement has been entered into with the private party where only international or customised procurement guidelines are permitted.

This week, The Sunday Morning Business has decided to take a look at the amendments to the NPG in detail, whether the local businesses have sufficient capacity to cater to large-scale local projects, and also what the relevant local businesses think of these amendments.

The Government of Sri Lanka strictly follows the NPG that was issued in 2006 with the approval of the Cabinet of Ministers to enhance the transparency of the government procurement process and to minimise delays.

The current guidelines were drafted in association with the major funding agencies, such as the World Bank (WB), Asian Development Bank (ADB), and Japan Bank for International Cooperation (JBIC), to ensure that the Sri Lankan Government’s procurement guidelines are similar to that of international guidelines and can therefore be used for foreign-funded projects as well.

The NPG at the moment provides a number of margins of preferences during the bid evaluation process, to promote national industries and ensure competitiveness amongst international bidders. Margin of preference (MOP) refers to the percentage of tariff by which tariffs are reduced on products imported from one contracting state to another as a result of preferential treatment.

In order to qualify for MOP, individual firms who bid must be registered in Sri Lanka, more than 50% of the companies’ ownership should be held by Sri Lankans, and companies should not subcontract more than 10% of the contract price, excluding provisional sums, to foreign contractors. 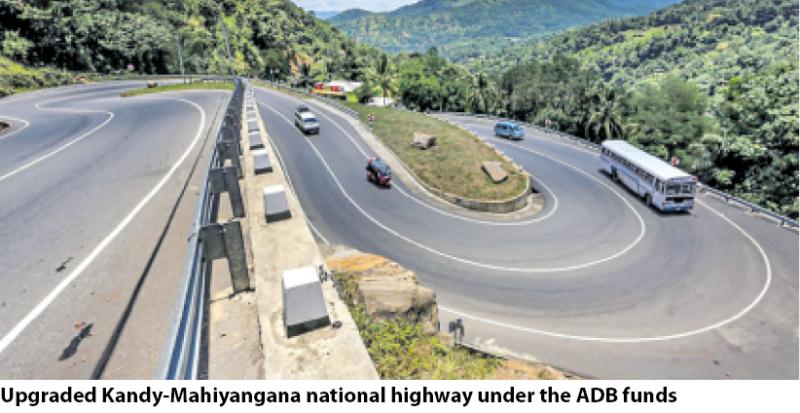 Bidders will qualify for the MOP given for domestically manufactured goods only if the bidders’ labour cost, raw material cost, and cost of components secured from Sri Lanka will account to 30% of Ex Works (EXW) price of the product offered. Ex work is an agreement between a buyer and a seller that the seller assumes no responsibility for the cost or liability of a product after it is produced and has left the seller’s warehouse.

Even though existing provisions of the NPG was drafted with an aim to protect local industries, The Sunday Morning Business learns that most of the projects go to either international bidders or to foreign companies in Sri Lanka in which foreigners hold a majority of the shares. To rectify this issue, the Ministry of Finance has proposed that unless in an exceptional situation, like where the funding agency is an international institution and so requires its own guidelines to be maintained, state projects should try to procure domestic bidders who fulfill the necessary requirements. Only in the case of failure to procure a domestic bidder are state projects are permitted to accept bids from international bidders.

Amendment made to the NPG

For the procurement of furniture suppliers for state projects, only the companies that have at least 50% domestic value addition can be recruited while all software should be procured from local firms, and if it is not possible, approval has to be received from the Sri Lanka Information and Communication Technology Agency (ICTA).

Furthermore, hardware supplies for which specifications have to be developed by the ICTA will get a 30% preference if domestic value addition is 25% or more. Under the new proposals, it has also been decided that all construction projects, including houses, highways, and irrigation, water supply, and sewage systems should be given to local contractors. The value of the contracts, if given as subcontracts to foreign contractors, should not exceed 10% of the contract value without temporary funds.

A spokesperson from the Ministry of Finance, speaking to The Sunday Morning Business, noted that now that the Cabinet of Ministers has granted approval for these amendments, the Ministry will have a discussion with the National Procurement Commission and subsequently amend the NPG.

After the amendment, if required, the amended document will be sent to the Attorney General’s Department, following which the amendments will be gazetted. The amended guidelines will come into effect immediately from the day of gazetting, according to the spokesperson.

Furthermore, in terms of local software procurement, the Ministry hopes to integrate a common e-platform which can be accessed by departments and ministries that require the same set of personal information from a citizen or customer.

Confusion over a fresh set of guidelines

The former Government was expected to submit a fresh set of NPG before the end of last year to Parliament, replacing the existing guidelines that were issued in 2006. The new guidelines were drafted with the aim to increase compliance with international best practices, adopt electronic technology, and to avoid irregularities in tender procurement. Nevertheless, new guidelines were not submitted to Parliament. In this background, the Ministry of Finance announced amendments to the NPG of 2006 which has been amended from time to time since 2006. Clarifying on the new NPG, the spokesperson from the Ministry of Finance noted that the NPG that was speculated as a “new NPG” is not at all new but an updated version of the 2006 NPG.

“The National Procurement Commission was established recently. Only the Commission has the authority to make changes to the guidelines, but as the Commission is still new and preparing to be fully active, it is the Ministry of Finance that looks into the NPG.

“When the Commission was established, (the) 2006 NPG was updated to include the term ‘National Procurement Commission’, giving them the authority to carry out procurement activities. This is what has been referred to as ‘2019 NPG’, when it actually is an update of 2006 NPG,” the spokesperson added.

According to the spokesperson, the aforementioned updated 2006 NPG will come into effect when the Commission becomes completely effective, while until then, if needed, amendments will be made to the 2006 NPG by the Ministry of Finance.

Opinions on the amendments from relevant parties 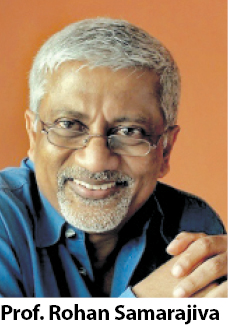 Appreciating the Government’s move to amend the guidelines giving more chances for local IT firms, former ICTA Chairman Prof. Rohan Samarajiva told us that first of all, the Government must pay software firms who complete state projects without delaying by months.

“The issue overall is, our procurement processes in Sri Lanka are broken and the main reason is because we do not pay our companies. Software companies beg for money all the time for state projects they completed. When I was at ICTA, I had personally gone and requested (for) due payments from (the) relevant state authorities,” Prof. Samarajiva added.

As a result of delayed payments, most of the respectable and talented software companies in Sri Lanka choose not to bid for state projects due to chances of them getting paid months after project completion, even though these companies have the talent and capacity to compete even with international software firms. Until the Government rectifies the delay in settling due payments, local software companies are expected to keep themselves out of state projects, even though Sri Lankan software firms can well cater to local demand.

Speaking on the Government’s plan to adopt a common e-platform that can be accessed by institutions that require the same set of information, Prof. Samarajiva stated that it is a “wonderful” objective as it would cut down the cost and increase accuracy and efficiency at state institutions.

In terms of the procurement of hardware supplies, Prof. Samarajiva believes that it will create few job opportunities for hardware assemblers.

Information technology (IT) in Sri Lanka includes business process outsourcing, knowledge process outsourcing, software development, and IT services. According to the Sri Lanka Association of Software and Services Companies (SLASSCOM), the national chamber for the IT/BPM (business process management) industry in the country, Sri Lanka is ranked among the top 15 global outsourcing destinations by AT Kearney and ranked among the top 20 emerging cities by Global Services Magazine. Sri Lanka has won the “Outsourcing Destination of the Year” accolade awarded by the National Outsourcing Association UK successively in 2013 and 2014.

Sri Lanka’s knowledge services industry is the fifth largest export earner for Sri Lanka in 2018 and is currently estimated to be $ 1.2 billion with over 80,000 employees engaged in the industry. The knowledge solutions industry has been identified as a thrust industry by the Government within the National Export Strategy (NES) and targets $ 5 billion of exports while creating 200,000 new jobs and 1,000 start-ups by 2022. 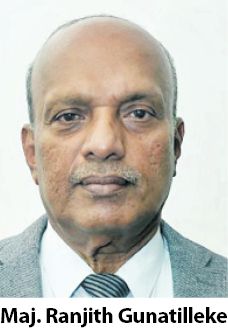 Even though constructions, including houses, highways, and irrigation, water supply, and sewage systems, should be given to local contractors as per the amendments, Chamber of Construction Industry Sri Lanka (CCISL) President Eng. Maj. Ranjith Gunatilleke noted that foreign-funded projects often come with their own regulations where local constructors are not procured.

State-funded projects are mostly medium or small-scale projects, such as hospitals and police stations, and these projects are generally awarded to local contractors.

“For locally funded projects, local contractors can be recruited, but for foreign agency-funded projects, it is not the same case as they want their contractors to undertake the project. If you take China, if they are funding, they want it to be given to a Chinese contractor. It is the same with other countries and agencies,” Gunatilleke added.

ADB or WB-funded projects are tightly funded and come with a set of regulations which cannot be circumvented. Even though such projects have a domestic preference of 7.5-10%, tenders are called internationally and the process is competitive.

The ADB, WB, and the Japan International Co-operation Agency (JICA) are the major sources of project financing in Sri Lanka. In addition, bilateral donors such as India, Japan, and Germany fund major government projects by providing long-term concessional loans.

October 1, 2019 byCharindra No Comments
A landmark legal action against Volkswagen has begun, with hundreds of thousands of German consumers seeking compensation from the car maker over emissions test cheating.

Liquor producers to run to courts over sticker

February 16, 2020 bythemorninglk No Comments
Sri Lanka’s liquor producers are expected to go to courts if the Ministry of Finance forcibly implements a foolproof sticker requirement for local liquor products from 1 March.