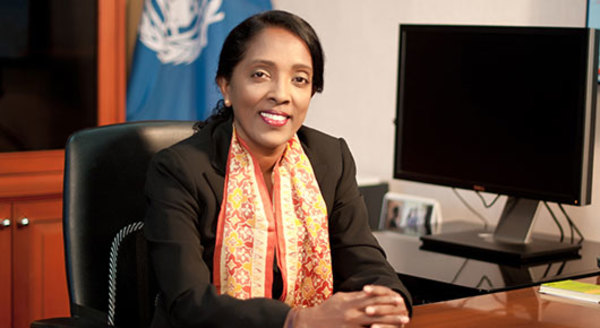 What if we can’t see the forests or trees?

Most of us are familiar with the old saying that sometimes we “can’t see the forest for the trees”. But what if I told you that, at our present rate of exploitation of our forests and depletion of our natural resources in Asia and the Pacific, we run the risk of not seeing the forests or the trees by the middle of this century?

As a region, Asia and the Pacific has more people than any other part of the world, and many areas within have very high population densities. As a result, nearly two-thirds of the forests in this region have been degraded to various degrees. Only 19% of primary forests remain (where human intervention has been minimal), compared with the global average of 32%. So what will the future of our forests look like? Will we continue down this road or will we work together to improve things?

To get a better understanding of the way forward, the Food and Agriculture Organisation of the United Nations (FAO) just published a wide-ranging and comprehensive review of the forest sector in the Asia-Pacific region. It examines trends from the last 25 years and the current state of forests and forestry, and provides an outlook for their future to 2030 and beyond, up to 2050.

First, the population of Asia and the Pacific is expected to add another 500 million people by 2030, rising to 650 million more by 2050, when about two-thirds of the region’s population are predicted to be living in urban areas. Second, the middle class is expanding in most countries. On one hand, this increases demand for forest products, and on the other, it adds pressure to convert forest areas into agricultural land for a variety of uses such as animal production. These demands will add further pressure on natural resources such as soil and fresh water.

Already, the report finds deforestation has, through the years, left the region with huge areas of secondary forests. While replanting is of course to be encouraged, the loss of biodiversity from disappearing primary forests is a major concern.

The report warns that business as usual will lead us down a path that no one really wants to travel – a dead-end future where natural resources have been squandered and exhausted. It suggests a more aggressive move towards an integrated landscape management plan that systematically deals with improvements in all natural resource areas – landscapes, forests, soils, water – and benefits communities.

Innovations – making use of powerful new technologies – are needed for improved governance and management to cope with future demands on forests and landscapes, including those in urban and peri-urban areas.

The role of people

Clearly, there is a role for all of us to play. There is an urgent need for societies to reduce consumption, increasingly reuse instead of discard, and sustainably produce biomaterials in forests. In short, we need to find innovative ways to balance competing demands that will benefit us all.

There are, however, reasons to be optimistic and they are worth mentioning. The rate of deforestation has been slowing in recent years. And overall, big shifts in the way we interact with forests and landscapes are happening due to demographic changes, economic progress, technological advances, environmental awareness, and improvements in governance. The traditional use of wood as a source of domestic energy is declining rapidly largely due to increasing incomes, urbanisation, and the substitution of wood with electricity and LPG. The use of printing paper has declined as our society has shifted to online media and paperless workplaces.

To make sure our region maintains some of these good approaches and deals with some of the earlier mentioned challenges will take political will and cross-country co-operation of all stakeholders.

At the end of the day, if carefully managed, forests offer solutions to food insecurity, climate change, water scarcity, and energy demands. But we will only take advantage of these if we take corrective action – and do so quickly. To ensure a positive and resilient future for everyone, we need to avoid going beyond the tree line.

Wigneswaran all set to face TNA

February 16, 2020 bythemorninglk No Comments
The newly formed Tamil alliance led by former Northern Province Chief Minister C.V. Wigneswaran is all set for battle at the next parliamentary elections.

October 6, 2019 byThe Sunday Morning No Comments
With nominations closing at noon tomorrow for the 16 November presidential election, a record number of 33 candidates have already lined up at the starting line with the last one to pay the deposit,