What of our transgender comrades in this state of security?

The F Word by Sharanya Sekaram 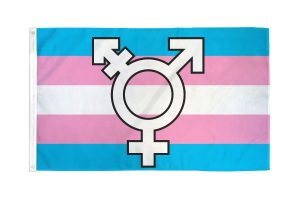 As the weeks pass by following the devastating Easter Sunday terror attacks, we see a heightened state of security rise in Sri Lanka. As it was pre-2009, checkpoints and members of the forces have sprung up all over the city.

This requires people to have identification documentation on them at all times – and for most of us this is a fairly simple affair. However, such situations have deep ripples, and all too often affect those we don’t even factor into our views, those living on the margins because society has pushed them there.

In an article published on Lanka News Web, given the prevailing threat to national security in Sri Lanka followed by the Easter Sunday attack, Sri Lankan transgender activists urged the transgender community to fast-track their legal documents to match their gender identity.

They point out if anyone identifies themselves as transsexual (female-to-male or male-to-female) and has not yet completed their legal transition or has not yet received any document solidifying transition if questioned by authorities, their Gender Recognition Certificate (GRC) issued by a licensed consultant psychiatrist is mandatory to keep in possession “at all times” to avoid confusion at security checkpoints.

They further request the community to reach out to a lawyer or a Justice of the Peace and collect an affidavit as confirmation of their identity to ensure their safety while protecting privacy and identity.

The term transgender is also distinguished from intersex, a term that describes people born with physical sex characteristics “that do not fit typical binary notions of male or female bodies”. The opposite of transgender is cisgender, which describes persons whose gender identity or expression matches their assigned sex.

The movement for transgender rights has grown globally and has a strong presence in South Asia. The movement seeks to eliminate discrimination and violence against transgender people regarding housing, employment, public accommodation, education, and healthcare.

In some jurisdictions, transgender activism seeks to allow changes to identification documents to conform to a person’s current gender identity – often without the need for sex reassignment surgery.

In Sri Lanka, a win for the transgender community came after a long fight in 2016, when the Government of Sri Lanka issued a circular via the Ministry of Health.

Following circular No. 01-34/2016 dated 16.06.2016 under the hand of the Director General of Health Services, the Registrar General issued circular No. 06/2016 dated 28.07.2016 instructing all registrars in the country to change the sex and name on a person’s identification documents (such as birth certificate, national identity card, passport, etc.) based on the gender recognition certificate.

One of the critiques against this circular is that it only provides the option to those who have a letter of approval and other documentation to prove that they have surgically changed their gender. This discriminates against those who have not undergone or completed the transition process as well as those who do not wish to do so. This also completely eliminates the rights of gender non-binary or gender fluid people.

However, this is not a simple process by any means. In 2016, Roar Sri Lanka wrote an article titled “What it means to be transgender in Sri Lanka” following the publication of a report by the Human Rights Commission of Sri Lanka titled “All five fingers are not the same: Discrimination on grounds of gender identity and sexual orientation in Sri Lanka” and this described the process as follows:

“The current process to legally change one’s gender in Sri Lanka is a blurry one, the report states. The standard practice for any person who wishes to undergo sex reassignment surgery (SRS) is to first consult a psychiatrist, who deems if the patient should go ahead with the surgery process. Following the issuing of an official letter, the patient is then able to receive hormone therapy before moving on to the next stages of the surgery.

This is where most transgender persons in Sri Lanka face a huge obstacle; there is no hospital, state or privately-owned, that has the expertise to complete the third and final stage of an SRS ‒ the genital reconstruction. Often, to complete this stage, patients have to travel to other countries in the region, which usually costs more than many of them can afford.”

Many people find their applications rejected on these grounds. Those undergoing the process, due to the murky procedure, face a great deal of harassment and stigma.

Many transgender people also face issues following the releases of the amended documents that reflect the change under a section titled “history”, as they then face discrimination and stigma when they use these documents to apply for jobs, etc.

In this current situation, we are seeing potential threats to their safety and liberty if they are unable to provide documentation to prove their identity, and undesired scrutiny and potential harassment even when they are able to.

On a positive note, in July 2018, The Sri Lanka College of Psychiatrists (SLCP) announced that non-heterosexual orientations and diverse gender identities including the categories of lesbian, gay, bisexual, and transgender (lgbt) are not mental health disorders.

SLCP Vice President Dr. Kapila Ranasinghe, speaking to Ceylon Today, said that they are a part of a spectrum of natural exhibition of sexual orientations and gender identities. Gender identity and sexual orientation are not binary in the sense that it revolves solely around heterosexual behaviour.

This comment and stance may yet prove to be instrumental in changing institutionalised views and attitudes towards people of diverse sexual orientations and gender identities and have a long-term impact.

These abuses include verbal, physical, and sexual abuse, as well as inequality in police response to both their victimisation and criminality. Murders of transgender people occur with alarming regularity. One such example is that of a 34-year-old transgender woman in Dambulla who was found clubbed to death.

Last year, Equal Ground received reports of a young transgender man who was chased on to a railway track into the path of an incoming train by his family and killed. Jeewani, a 20-year-old transgender woman, talked to Groundviews about how a police officer in Colombo had raped her when she was 17. The rape was “so, so painful, I screamed,” she said.

At the core of this movement is the quest for human dignity. The rights and freedom for people of diverse sexual orientations and gender identities to have their human rights and dignity upheld and not be conditional on conforming to arbitrary social constructs. It is about being treated as a human being above all, to have your humanity be protected and respected, and not your gender identity and expression.

It is really that straight forward – transgender rights are human rights, nothing more and nothing less.

January 5, 2020 bythemorninglk No Comments
The Tamil National Alliance (TNA) is preparing to face old friends who have now come together to contest the next parliamentary election.

December 30, 2018 bythemorninglk No Comments
The year 2018 will go down in history as the year in which a president, elected to serve the people, put self-preservation before national interest and in doing so caused irreparable damage to the co