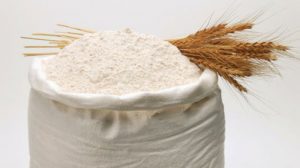 The Consumer Affairs Authority(CAA) says that an alleged wheat flour price hike has not been approved.

News reports today said that the price of Prima wheat flour had been increased by Rs. 8.50 per kilogram effective from yesterday.

However, the Consumer Affairs Authority confirmed that no such price increase had been approved and that it will take legal action against the Prima Company.

Finance Minister Mangala Samaraweera said the price of flour cannot be increased without the consent of the Cabinet appointed Cost-of-Living Committee and the Consumer Affairs Authority.

The Prima Company in September increased the price of a kilo of wheat flour by Rs. 5.5 without the CAA’s approval. However it had to revert back to its old price, as CAA had warned it will take necessary lagal action.

February 27, 2019 byRandev No Comments
Five police constables who have been suspected of evading the CID over the abduction and murder of two businessmen from Rathgama have been issued an overseas travel ban by the Galle Magistrate’s Court