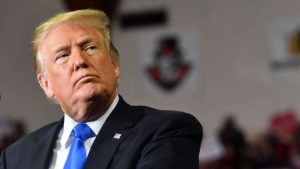 Trump administration officials tried to “lock down” the transcript of the US president’s controversial phone call to Ukraine’s leader, according to a whistleblower’s report.

The newly released report says the transcript was not stored in the computer system normally used for such information. BBC

December 5, 2018 byMalik No Comments
Chinese officials have said they are "confident in implementing" trade commitments made to the US "as soon as possible", without giving details.

October 17, 2018 byMalik No Comments
Canada has become the second country after Uruguay to legalise possession and use of recreational cannabis.