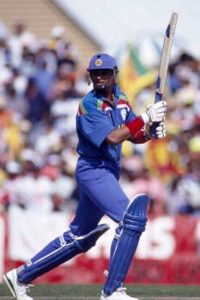 In social media, former Sri Lanka all-rounder Athula Samarasekera, expressing his views on Sri Lanka’s early exit from the Asia Cup losing to both Bangladesh and Afghanistan, has hinted about a bookmaking mafia that is ruining the country’s cricket.

Samarasekera, a prolific all-rounder who opened both bowling and batting for Sri Lanka from 1983-94, played in four Tests and 39 ODIs.

Presently he is residing in Australia.

Samarasekera has mentioned about two Sri Lankan legends who need to be punished for the present downfall of the game but has not named them.

Here are some of his views:

Not even (Chandika) Hathurusingha can make Sri Lanka win because of some players who do buying and selling (in cricket matches).

If we need to win, we need to bring before law those who sell matches.

First of all, the two legends who are into match-fixing have to be punished.

We have a long history of victory and fighting bravely in the world stage.

It is in that kind of great country that these kind of betrayers have been born.

Kusal P out, Kusal M in

October 17, 2018 byRevatha No Comments
Kusal Perera has been ruled out of the ODI series against England, says SLC.