Who is your ‘GOAT’? : The never-ending ‘Federer-Nadal-Djokovic’ argument 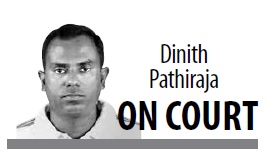 Any argument regarding the question “who is the greatest of all time’ (or GOAT)” is a very fraught one. This is fraught with dangers from all sides because of the fact that no two eras can really be compared with each other. Statistics are sometimes meaningless in this context. That is because they sometimes do not tell the whole story of such different eras. The statistics only show raw numbers. They do not show the competitiveness of an era when it is compared to another.

What this writer believes is that in such a discussion, it is better to compare stats of only one era among the players who played in that particular era. The historians as well as fans can have their own opinion. They may have their own say in this tricky “GOAT argument”, according to their own preferences.

We’ll focus on the three greats

With that in mind, it is pertinent to discuss the achievements of the three greatest of the present era: Roger Federer, Rafael Nadal, and Novak Djokovic. Such a discussion will have a special significance this particular week as Nadal went on to win the French Open men’s singles championship with a predominant display over Djokovic in the final, thereby winning his 20th Grand Slam title in the process to equal the number of “Slams” won by Federer.

The following will be a statistical outlook on those three players. This writer is not going to profess any opinion regarding who is better than the other two. The readers themselves can make up their own mind about the three greats after going through the stats themselves. One thing is for sure: There will be a wide variety of reasons as to why each reader has reached their own conclusion.

The Grand Slam titles each of them have won make an interesting reading. The figures may also show the preference of each player to a particular surface – lawn (Wimbledon), clay (French Open), or hard (Australian and US Open).

With such arguments and counter-arguments, points and counterpoints – though they are all good ones on all aspects – this GOAT discussion tends to become a never-ending one!

At the end of the day, what all fans need to remember – and rejoice, as the present writer believes – is the fact that everyone has to consider themselves fortunate to be living in an era where they could witness three great tennis players at their very height of prowess, dispensing supreme athleticism and entertainment that are bordering on almost superhuman status.

Just sit back and enjoy the ride while it lasts! Because when they are gone, everyone may regret not having enjoyed the three, no matter whom you considered the absolute “GOAT” out of them.

January 10, 2020 byRevatha No Comments
Australia legend Shane Warne auctioned his Baggy Green for AUD 1,007,500, with the proceeds going towards helping those affected by the fires ravaging Australia