January 5, 2020 by themorninglk No Comments 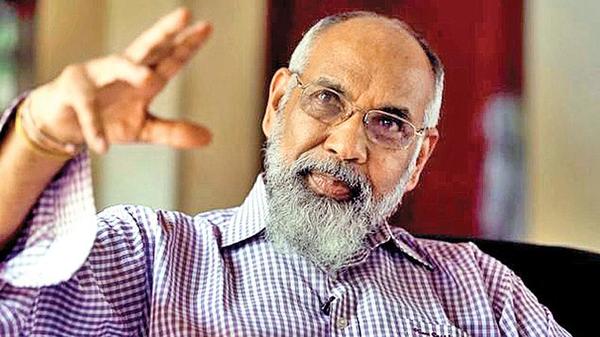 The Tamil National Alliance (TNA) is preparing to face old friends who have now come together to contest the next parliamentary election.

Former Northern Province Chief Minister C.V. Wigneswaran is in the process of forming a new alliance to contest the upcoming election.

Premachandran and Srikantha are former members of the TNA who had split over differences of opinion.

Asked about the new alliance, Wigneswaran told The Sunday Morning that it had not yet been finalised.

However, Premachandran said that the new alliance was likely to be finalised by Thai Pongal (15 January). He said that negotiations involving the three main parties in the new alliance are underway and talks have also begun with a few individuals.

Premachandran told The Sunday Morning that some individuals who are to be part of the new alliance are currently in Chennai and once they return, the agreement will be finalised.

“We will definitely be looking at contesting the upcoming parliamentary election,” he said.

Members of the new alliance are to sign a memorandum of understanding and later register the alliance with the Election Commission. Premachandran also denied reports that the EPRLF had decided to contest with the TNA in the Eastern Province.

However, he said that the TNA must consider working with other Tamil political parties in the East at the provincial council elections to ensure a Tamil chief minister is elected.

“The TNA has already decided on its seat allocation for its alliance members at the parliamentary election. So we are not in talks with the TNA. But it will be in their best interest and in the interest of the Tamils for the TNA to consider working with all Tamil parties in the East at the provincial council elections to ensure a Tamil is elected as the Chief Minister,” he said.

Wigneswaran’s popularity in the North has grown in recent times and his decision to contest the parliamentary election will without a doubt put pressure on the TNA.

The move will also see a split in the Tamil votes at the elections with other Tamil parties including Minister Douglas Devananda’s Eelam People’s Democratic Party (EPDP) and Vinayagamoorthy Muralitharan’s (Karuna Amman) political party also set to contest in the North and East.

Muralitharan has been very active in the East since Gotabaya Rajapaksa won the recent presidential election. He has had several public meetings in parts of the East and has promised more government funding to develop the province.

Devananda has for his part, used his role as a Minister in the new Government to offer solutions to some of the issues faced by the Tamils in the North.

Meanwhile, the TNA had raised concerns with Opposition Leader Sajith Premadasa on Friday (3) over the failure by President Gotabaya Rajapaksa to mention any move, in his policy statement, to address issues faced by Tamils in the North and East.

The TNA had said that it was disappointed with Rajapaksa’s policy statement which was made in Parliament on Friday.

Premadasa was officially named the new Opposition Leader on Friday and as a result, he will head the entire Opposition in Parliament.

TNA member Selvam Adaikalanathan held talks with Premadasa on Friday after the President delivered his speech.

The Parliament is set to debate the speech over a period of two days this week and the TNA will note its disappointment over the speech during the debate.

Adaikalanathan said that while the President placed emphasis on Buddhism and development, he did not mention other religions and issues faced by them.

However, newly appointed Northern Province Governor P.S.M. Charles said that she was appointed to the post by the President to address issues faced by the Tamils.

Speaking after she assumed duties in Jaffna last week, Charles said that she has been advised by the Presidential Secretariat to identify the issues faced by the public in the North.

Former Government Agent of Vavuniya Charles said that she is not a stranger to the North and is well aware of what needs to be done. She said the Government understands the suffering of the people in the North and is keen to find permanent solutions.

The Governor said that she will not focus on politics and religion when carrying out her duties.

Charles said that she will operate as the link between the Presidential Secretariat and the public to ensure public concerns in the North are addressed.

Charles is a graduate of the University of Jaffna and has also obtained two master’s degrees from the Universities of Peradeniya and Rajarata in the fields of disaster management and business administration.

She replaced Dr. Suren Rāghavan, who held the post previously.

Constitution or people, which is supreme?

December 16, 2018 bythemorninglk No Comments
After several weeks of much debate, the closely followed Supreme Court case regarding the dissolution of Parliament by the President came to an end on Thursday evening.

Saving SL from the drug scourge

August 30, 2020 bySarah Hannan No Comments
One of the main pledges of President Gotabaya Rajapaksa upon his election was to rid the country of the drug menace. With a reputation of keeping his word, the President has wasted little time