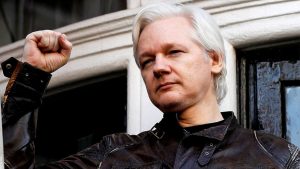 Wikileaks co-founder Julian Assange has been arrested at the Ecuadorian embassy in London.

Assange took refuge in the embassy seven years ago to avoid extradition to Sweden over a sexual assault case that has since been dropped.

The Met Police said he was arrested for failing to surrender to the court.

October 25, 2018 byMalik No Comments
The Afghan Taliban spokesman has said one of its founding members has been released from detention in Pakistan.

May 23, 2019 byRandev No Comments
Indian Prime Minister Narendra Modi's governing party has taken a decisive lead as votes are counted after the country's marathon general election.