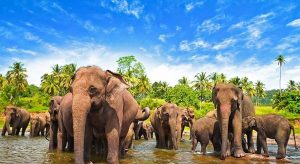 The term “wildlife tourism” is defined as the sector in tourism which brings in tourists with the main purpose of observing local fauna, and Sri Lanka is well placed and well endowed to become a wildlife tourism hub. With 26 national parks in total, teeming with various endemic species, the country’s national parks attract wildlife enthusiast from around the world. In fact, the island was named one of the world’s 34 biodiversity hotspots by Conservation International, a non-profit environmental organisation, in 2012.

As with most things, the Sri Lankan tourism industry is seasonal, thus attracting many foreign tourists from mid-December to April, and again from mid-July to September. Speaking to The Sunday Morning Business, a park official at Udawalawe National Park stated that the best time to observe wildlife would be during the dry season as animals gather around waterholes.

Out of 26 national parks, Yala, Udawalawe, and Willpattu are currently the most visited parks, the reason being that they are acknowledged for housing a variety of wildlife, particularly elephants, leopards, and bears.

However, Sri Lanka’s biodiversity goes beyond its national parks. The sea/ocean around the island is also home to some of the world’s most unique marine life, including the blue whale and the turtles.

According to a whale watching guide based in Mirissa, the best months to watch marine life is from November to April; the monsoon seasons cause the waters to roughen during the other months.
Due to this extensive biodiversity, Sri Lanka was recently awarded Asia’s Best Destination for Wildlife Tourism at the Top Asia Corporate Ball 2019 held on 22 November 2019. The ceremony held in Kuala Lumpur, Malaysia saw Sri Lanka winning the award, after being one of five countries shortlisted by RHA Media, a publisher for the premier business, people, and lifestyle magazines, for the Top 10 of Malaysia and Top 10 of Asia.

The wildlife Tourism industry in Sri Lanka can be seen growing yearly, with total revenue for the sector being Rs. 1,445 million in 2016, Rs. 1,730 million in 2017, and Rs. 2,138 million in 2018, according to data in the 2018 annual report by Sri Lanka Tourism Development Authority (SLTDA). The statistics also shows that wildlife parks were among the top three contributors to that year’s total public sector revenue, with a contribution of around 17%.

The report further shows that Yala National Park garnered the highest revenue from foreign visitors, with revenue of Rs. 684,661, followed by Rs. 496,658 from Udawalawe, Rs. 76,883 from Wilpattu, Rs. 15,043 from Kumana Bird Sanctuary, and Rs. 865,203 from others. (Revenue is in Rs. ‘000)
In this regard, attempts made by The Sunday Morning Business to obtain statistics for 2019 were unsuccessful as the SLTDA is currently working on the 2019 annual report.

Speaking to The Sunday Morning Business, officials at the hotel Jetwing Yala stated that their busiest months are December, January, February, April, and August, with 90% of their guests visiting Yala National Park. Accordingly, the hotel has a high number of foreign tourists each year, with most of the local tourists coming in during school holidays in April, August, and December.

The hotel also involves the local community in Yala, providing opportunities to local safari jeep drivers by hiring them on a roster basis to conduct safaris for the tourists.

A safari jeep driver based in Udawalawe National Park stated that during the last season, he did 40 safaris with around 15 of them being for foreign tourists. He went on to state that the cost for each safari varies according to the season and the driver, but the average package for a three-hour safari is at around Rs. 3,000, in which up to six tourists are able to fit into a jeep. 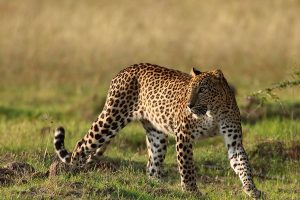 He explained that during the busy seasons, his revenue goes up to as high as Rs. 750,000 due to the number of general tourists entering the parks, in addition to the jobs they get from surrounding hotels.

Similar to safaris in national parks, whale watching is also a popular and more recent addition to Sri Lanka’s wildlife tourism industry. Speaking to a whale watching company in Mirissa, The Sunday Morning Business learnt that from November to April, boats with 35 and 70 seating capabilities get filled with tourists, majority of whom are foreigners.

The owner of the company stated that one of the issues they are currently facing is the taxes and the commission they have to pay the guides who bring in the guest. He explained that most of these whale watching companies charge Rs. 6,000 to Rs. 9,000 per head depending on the season, out of which they pay the guides around 40% and the Department of Wildlife Conservation a Rs. 3,200 tax, leaving the companies an approximate revenue of Rs. 1,800 per tourist.

Wildlife tourism comes with its own challenges, of which the main challenges being the overcrowding of national parks and pollution.


The Sunday Morning Business attempted to reach the Central Environmental Authority to discuss about the environmental impact of tourism, but to no avail.

However, when contacted, Environmental Conservation Trust (ECT) Executive Director Sajeewa Chamikara stated that overcrowding and unregulated tourism can have devastating effects on these national parks.

He explained that in Sri Lanka, the parks and forest reserves that allow tourism, such as wildlife tourism, ecotourism, and hiking and trekking, are ones that come under the Forest Conservation Ordinances and the Fauna and Flora Protection Ordinance. Apart from these, Sinharaja Forest Reserve allows tourism under the National Heritage Wilderness Areas Act No. 3 of 1988 as a heritage wilderness area.

Chamikara stated that out of 26 national parks in the country that allows tourism, parks and reserves such as Yala, Willpattu, Minneriya, and Sinharaja are suffering due to overcrowding.

“Areas such as Yala, Willpatu, Minneriya, and Sinharaja are severely affected by overcrowding and have now passed their carrying capacity. This is due to them attracting the most amounts of tourists out of 26 parks,” he explained.

Chamikara blamed the lack of regulations and guidelines placed on these parks by the relevant authorities as the biggest error leading to overcrowding. He went on to state that currently, there are no regulations in place as to how many vehicles can enter the park at an given time, the carrying capacity of the parks, speed limits of vehicles entering the parks, and how to conduct safaris without harassing the animals.

Taking Horton Plains National Park as an example, Chamikara stated that a lot of people enter the park at once and walk around the entire park because there are no regulations as to how many tourists are allowed in at any given time.

“Horton Plains has a very sensitive ecosystem with a high level of biodiversity; most of the animals found there are specific to that area. Tourism is not being regulated even in such a sensitive area,” he claimed.
Further adding to the weaknesses within the wildlife tourism sector in the country, Chamikara said that such overcrowding can also be seen in Pitawala Plains, an area located in the Knuckles Mountain Range. Accordingly, unregulated tourism is endangering the homes of endemic flora and fauna such as the “dumbara galpara madiya” frog and the “pathan ala” plant.

“There are a lot of tourists entering the area due to a lack of regulations, and this affects the species found in the area, some of which cannot be found anywhere else in the world,” he added.

He further explained that this endangering of species can also be seen in bigger national parks where safari jeeps surround animals such as leopards and elephants, harassing them and preventing them from entering their territories.

Chamikara went on to point out another prevailing issue threatening wildlife in the country: Pollution caused by unregulated tourism.

According to him, certain parks such as Willpattu and Yala have areas in which tourists are allowed to get down from their jeeps to eat and rest before continuing the safari. These areas usually see a lot of garbage accumulating, eventually affecting the ecosystem around it. He stated that one of the main reasons for this is the level of awareness about pollution and its impact on the ecosystem.

“People are unaware of the affects they have on the ecosystem and how important these parks are. Therefore, they treat them as a means of entertainment,” Chamikara lamented.

He went on to state that the Department of Wildlife Conservation invests a lot on promoting wildlife tourism, but do not use the revenue towards the conservation of these parks.

“The revenue does not get used to reverse the effects caused by tourism, for example this garbage issue; we do not see them working towards finding out ways to reduce the level of pollution of these protected areas or appointing officers to look after them while also punishing the polluters. Collecting garbage is not the solution; we need to stop it altogether,” he said.

“We see pollution happening in national parks like Willpattu and Yala as well as forest reserves like Sinharaja. This is because there is a lack of proper regulations to protect these areas,” he added. According to Chamikara, Horton Plains was one of the most polluted national parks in the 1990s, but steps taken by the Department of Wildlife Conservation at the time has since brought the situation under control.

It appears that Sri Lanka has all the elements to become the Africa of Asia if it promotes its wildlife tourism potential strategically and effectively. However, it must also be conscious of the need to engage in this tourism segment in a sustainable manner, being sensitive to the needs and health of the main attractions of the show: The wildlife.

Electricity pricing reform: A bad time to do a good thing?

July 8, 2019 bythemorninglk No Comments
The campaign Positive Sri Lanka is calling on businesses, big and small, to participate in generating positive momentum in the economy.