Will the Olympics be cancelled? 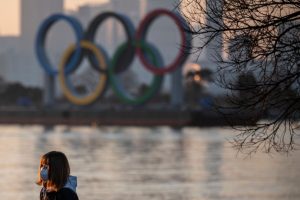 Japan suspended on Thursday (31 December) entry conditions for athletes until end of January 2021 as Covid-19 cases have risen in Tokyo, the venue for the 32nd Summer Olympics and Paralympics which were postponed from last year to this year.

The Japanese Government has reportedly suspended entry conditions for athletes and team officials travelling from countries which have reported cases of the new variant of coronavirus.

According to Kyodo News, Japanese athletes and those with residency in the country will have to quarantine for 14 days if arriving from countries including Britain, France, Italy, and South Africa.

Now speculation is rife that the spread of the new Covid-19 strain will increase concerns over whether the Tokyo 2020 Olympics can go ahead in the event’s rescheduled slot in 2021.

Originally due to take place from 24 July to 9 August 2020, the event was postponed in March 2020 as a result of the pandemic. Despite being rescheduled for 2021, the Games have retained the “Tokyo 2020” name for marketing and branding purposes. Now the Games are scheduled from 23 July to 8 August this year.

Until the Covid-19 outbreak in 2020 which postponed the Summer Olympics for a year, the Games had weathered politically charged boycotts as well as two separate terrorist attacks without being either cancelled or postponed during peacetime of the world.

The organisers and the International Olympic Committee (IOC) have insisted the Olympics will open as scheduled on 23 July, Liam Morgan wrote on the Inside the Games on Thursday.

Should they take place as planned, the Games will be held under a series of Covid-19 countermeasures designed to limit the risk posed by the novel coronavirus.

The halting of the current entry condition will be in place until at least the end of January, Kyodo News has mentioned.

Foreign nationals, including athletes, have been banned from entering Japan before the end of next month under a measure imposed by the Government because of concerns over the new variant, which is thought to be 70% more transmissible than other strains.

Fears over the spread of coronavirus have heightened in Tokyo in recent weeks and the capital by Thursday had reported more than 1,000 daily cases for the first time.

Will it be scratched off?

There were 1,337 new cases in the Olympic and Paralympic host city alone on Thursday, according to Kyodo News. The number of nationwide infections has also exceeded 4,000 for the first time and there is growing fear that the numbers will further rise in the coming weeks and month.

As the Tokyo 2020 Olympics are scheduled to run from 23 July to 8 August, the Paralympics are due to follow from 24 August to 5 September. If the situation is to go out of control, the 32nd Summer Olympics might be either postponed again or completely scratched off due to the pandemic.

October 22, 2019 byRevatha No Comments
Sumathipala's SLC ex-co position to be filled by his main rival Dharmadasa?

SL to end up medal-less in 18th Asian Games?

August 27, 2018 byRevatha No Comments
As most of the medal prospects flop, SL is likely to end up only the fourth Asiad without any medals