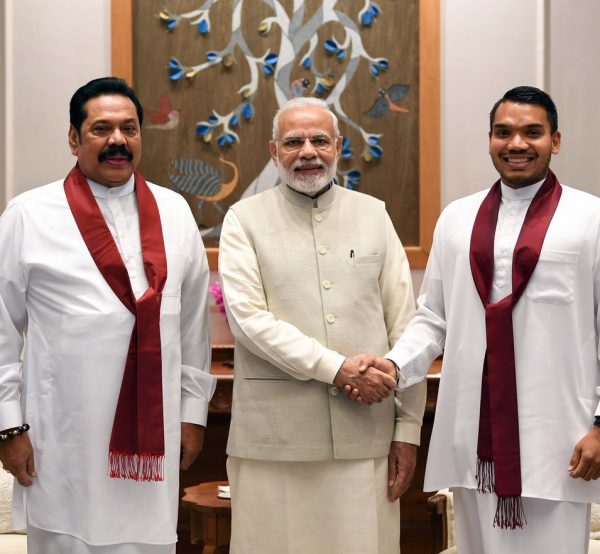 Opposition parliamentarian Wimal Weerawansa says that he will not agree if India tries to place a red wada mal (Chinese hibiscus) around the nation.

The MP has made this observation referring to former President Mahinda Rajapaksa’s recent visit to India.

“President Mahinda Rajapaksa received an invitation to visit India and he visited accordingly. It is reported that he was well received in India. We have no problem in flower garlands being placed around his neck, but we will not agree if a garland of wada mal is going to be placed around the neck of the nation,” Weerawansa has said.

Interestingly, during Rajapaksa’s India tour, he was honored with a garland of red flowers similar to wada mal.

February 28, 2020 byTSM Web Desk No Comments
The European Union has expressed its concerns over the SL govt. decision to no longer supports the framework of Resolution 30/1 to address the legacy of the past conflict and to foster

June 23, 2019 bythemorninglk No Comments
The Government yesterday warned railway unions that it would not hesitate to declare train services an essential service under the emergency regulations if the railway strike continued.