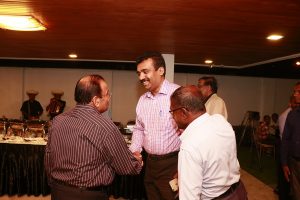 With the aim of promoting the values of interfaith, peace, harmony, co-existence, and tolerance among the people of Sri Lanka, the conference will see a gathering of religious leaders representing Buddhist, Hindu, Christian, and Islamic faiths and will be joined by intellectuals and scholars that have worked closely with these religious faiths to promote peace and co-existence in Sri Lanka during some trying times.

“We seek to encourage Sri Lankans to adopt and live according to the Sri Lankan culture and traditions, and make sure that Sri Lanka is viewed as a country of peace where all communities could live in harmony. Though we are a country with a majority of Buddhists, the world needs to see that people of other faiths to can live harmoniously while respecting each other’s cultures, traditions, and social values,” Governor Muzammil said.

World Muslim League (WML) Secretary General Dr. Mohammad Ibn Abdulkarim Al-Issa will attend the conference as a special guest on invitation of the Governor, while President Maithripala Sirisena will be the chief guest for the conference.

March 15, 2020 byTSM Web Desk No Comments
A total of 100 passengers from Italy were scheduled to arrive in Colombo yesterday (14), mere hours before the government ban imposed on all flights originating from the country came into effect.

Hotlines set up for public to provide info on crimes: Police

July 27, 2020 byTSM Web Desk No Comments
Sri Lanka Police has set up new hotlines for the public to report on organised crime.