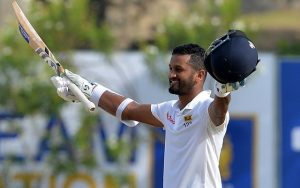 Dimuth Karunaratne has been selected to lead as the ODI Captain of the Sri Lankan Cricket team.

The National Selectors appointed Karunaratne as the Captain of the team ahead of the Men’s ICC Cricket World Cup 2019.

Sri Lanka tour of Pakistan to go ahead as planned

September 19, 2019 byRevatha No Comments
SL’s tour of Pakistan will go ahead after SLC confirmed that the Pakistan govt. had “reaffirmed” its desire to provide the SL team with the same level of security afforded to visiting head of State