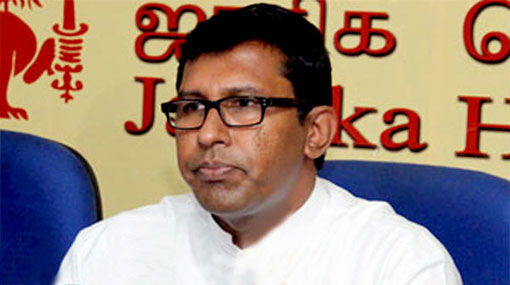 A tense situation erupted at the Western Provincial Council (WPC) today after two of its ruling party councilors sat in the opposition as a protest against President Maithripala Sirisena’s decision to appoint Prime Minister Mahinda Rajapaksa.

Jathika Hela Urumaya (JHU) National Organiser Nishantha Sri Warnasinghe and Nirosha Athukorala were reported to have sat in the opposition which had later turned into a tense situation.

As a result, the council meeting had to be be adjourned.

Councilor Warnasinghe told The Sunday Morning that he had delivered a speech on the current political situation of the country and decided to sit in the opposition and Athukorala had followed him.

Claiming that President Sirisena’s decision was a bad precedent for the country he said this was the first time in the history a president had acted against the people’s mandate. (MM)

January 6, 2020 byTSM Web Desk No Comments
Sri Lanka has called for peace in the face of the current threat of war between the United States and Iran.