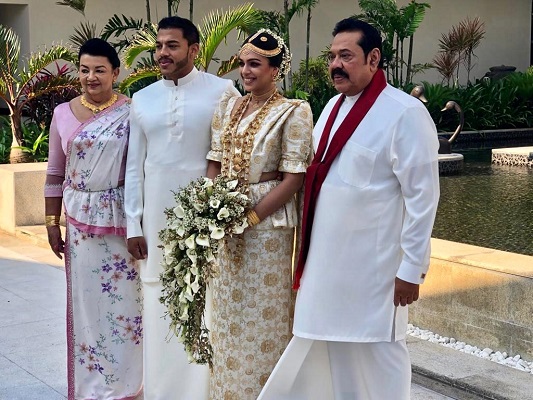 Nitheesha is the daughter of businessman Ananda Jayasekara.

Yoshitha was recently reinstated to the Sri Lanka Navy by President Maithripala Sirisena.

Soon after  his reinstatement he was promoted as an Acting Lieutenant Commander this week.

The Sri Lanka Navy suspended Rajapaksa with effect from 28 February 2016.

Rajapaksa was suspended from naval service upon the direction of the Defence Ministry over a money laundering case against Carlton Sports Network (CSN).

May 21, 2020 byTSM Web Desk No Comments
Three women were killed and nine sustained injuries in a stampede in Maligawatte this afternoon (21) when a large number of people gathered at the residence of the wealthy businessman who was distribu

February 4, 2019 byRandev No Comments
Prisoners being released from the Welikada Prison, in Sri Lanka's capital Colombo on Monday, Feb 4th, 2019.