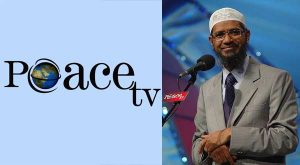 Controversial Islamic preacher Zakir Naik has been charged with money laundering by Indian prosecutors according to reports.

Naik is accused of acquiring 28 million dollars worth of criminal assets, an accusation to which he denies.

He has also been accused of spreading hate speech and inciting terrorism, with a number of countries, including Sri Lanka, banning his TV channel ‘Peace TV’.

Naik, however, claims that the money was acquired legitimately.

India’s Enforcement Directorate (ED), which investigates financial crimes, filed the charges against Naik in a court in Mumbai on Thursday (02) BBC reported.

It told the court that it had identified assets worth millions of dollars as proceeds of crime.

Naik’s “inflammatory speeches and lectures have inspired and incited a number of Muslim youths in India to commit unlawful activities and terrorist acts”, ED has told the court.

May 24, 2020 byJennifer No Comments
Last week proved to be somewhat of a decisive week for all those who have been closely following the holding of the 2020 general election. It is now clear that the general election on 20 June will be

April 10, 2020 byTSM Web Desk No Comments
Four more patients have recovered from COVID-19 in Sri Lanka, according to health authorities.