Can the England tour happen in January? 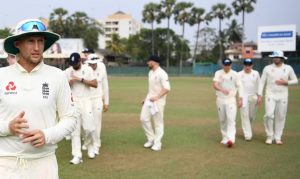 Sri Lankan Government authorities decided on Tuesday (22) to not permit flights from England until further notice. The reason is a fearful one; a new and more dangerous variant of Covid-19 has emerged in the United Kingdom. This happens when the Sri Lanka Government has already announced that they are opening the airports, after a long wait, for tourism under strict guidelines, from Saturday (26). A newly identified variant of the SARS-CoV-2 virus in England appears to be more contagious than established ones, it is reported. Will this new Covid variant and the resultant travel ban on England diminish chances of England Test cricket team visiting here in January? Unlikely, the local health authorities have said on Tuesday.

Yet, according to reports emerging in English media, the England & Wales Cricket Board (ECB) will now hold emergency talks with Sri Lanka Cricket (SLC) this week before they decide whether next month’s Test series can go ahead in the present situation.

England had to return home from Sri Lanka without completing any match in March when the pandemic broke out in the country. Later the two-Test series were rescheduled for January 2021. The Tests are now scheduled for Galle, starting on 14 and 22 January respectively.

Series likely to go on

As per the current schedule, England are to fly to Hambantota on 2 January and will stay in two weeks of quarantine before the first Test in Galle on 14 January. It had also been decided that there will be no media present in the Tests because of the Covid resurgence.

But SLC sources said the tour is most likely to go ahead as planned yet with stricter precautions and added health guidelines, owing to the current developments in the pandemic in Europe and the resultant travel bans.