Dealing with an emergency is nerve-wracking in any case. The very idea of emergency is that it is unexpected, and most people can’t keep calm in an emergency, particularly the traumatic kind of emergency that involves bodily harm or a threat to your life or that of a loved one.

Globally, we are all familiar with the concept of 911, the service any American can call and receive help from in a matter of minutes, be it a health emergency, domestic dispute, or simply your cat having got stuck in a tree.

Sri Lanka has its own 911 equivalent emergency service – 119. Established in 2004, 119 was introduced as an organised police emergency service resource for the general public. Before the establishment of the 119 service line, emergency services were only available to the citizens of Colombo via the telephone number 011-2433333.

119 was established at the IG’s Command and Information Division, Mirihana, and provides emergency support to all Sri Lanka citizens as well as foreigners visiting Sri Lanka.

The 119 service is a centralised service for Sri Lankan citizens to avail from in an emergency. As of June 2019, the unit’s Superintendent of Police (SP) was Amith Gunaratne and Officer in Charge (OIC) was Chief Inspector Jayathilake. The service includes approximately 135 officers dedicated in a central office, 24 hours a day working on 26 open phone lines.

The mandate of the 119 service is to assist citizens in need for whatever reason – be it property destruction, a public nuisance, or a natural disaster – arranging for teams to immediately call in at the scene of the emergency and ensure proper law enforcement protocol is followed. 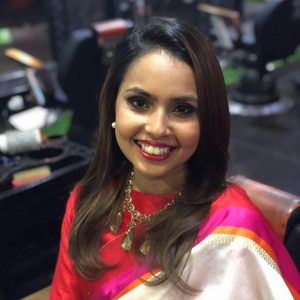 On 1 August (the day of the Hajj festival), Careem, her husband, and their two small children visited her elderly parents-in-law in Wellampitiya. At around 4 p.m. that day, the family was gruesomely interrupted when a drug addict from the area forced his way into the premises and stabbed Careem’s father-in-law (the official reasoning behind the stabbing being that Careem’s father-in-law had refused to give the drug addict money several times).

Frantically, Careem dialled 119 but despite repeated attempts couldn’t get through. By this time, other people in the area had got involved in the scene, trying to get Careem’s husband to release the addict so they could take him away from the premises – presumably back to wherever he lived. Several of these people were also gang members, creating a very tense and volatile situation. Considering the inability to get through to 119 and the exigency of the situation, prioritising his father’s health and life, Careem’s husband released the addict so that Careem’s father-in-law could be taken to hospital.

Careem stayed behind trying to get through to the Grandpass Police Station, 119, or 118 (the other emergency service line) repeatedly over the next few hours. At one point, someone she had got through to on 118 had told her that if no help had yet arrived, then she should go to the police station instead. On explaining that she wasn’t in a position to do so with her two toddlers and an old lady with arthritis, not to mention a crowd of hostile people outside the house, the officer had laughed casually, saying that there was nothing he could do, and hung up.

Eventually, Careem enlisted her own father’s help in getting herself, her mother-in-law, and children back home at around 7.30 p.m., after over three hours since she had first reported the incident.

The whole episode left Careem very disappointed in the fact that the 119 service was so difficult to use and so cavalier in their handling of an emergency. In her case, things had worked out, mainly because she and her husband had been present at the time, but what if this had happened when her in-laws were alone?

In response to Careem’s Facebook post on the matter, she was contacted by the Presidential Secretariat which explained that her complaint had been noted and escalated to the Ministry of Defence (119 falls under the purview of the Ministry of Defence as it is a police service) for necessary action to be taken and for the suspect to be apprehended.

Careem noted that due to the delay, the addict had been able to flee and is now in hiding. Careem commented on the situation, sharing: “In the future, I will try calling 119 and similar services for the sake (of it) and because not reporting something makes it your fault. I will also try to get through to other people who can help me.”

While the incident with Careem and her family is an example of a response gone terribly wrong, there have been incidents where calling 119 has made the difference between life and death. The Sunday Morning Brunch spoke with a group of hikers who found themselves stranded on a mountain peak at night and turned to 119 for assistance.

The group, which wished to remain anonymous, explained that they got stuck hiking near Mandaram Nuwara on the Pidurutalagala mountain on a very wet, windy day, with one member of their party injured. They were also lost and were in no way prepared to spend the night in the wilderness (the temperature in the area drops quite severely in the night, and freezing to death is a very real possibility in the wrong conditions). They decided to call 119 for help but couldn’t get through due to a poor network connection. However, they managed to send a text to a friend explaining their predicament, who then contacted 119 on their behalf.

The 119 service then got in touch with the group and told them of a nearby Army base, giving them directions on how to get there and letting them know that an officer had been dispatched to find them as well. The group was eventually found by an officer from the Army base and led to safety. A police officer also found them after visiting the closest town and speaking to local guides.

Incidentally, they were not the only group of people lost that night; the Police were also looking for another teenager who had gone missing, going on to find them alive and safe as well.

119’s responsibility and what happens when it fails

The Sunday Morning Brunch reached out to Attorney-at-Law Harshana Nanayakkara to gain more insight into what 119’s responsibilities are when it comes to handling complaints made through the service. 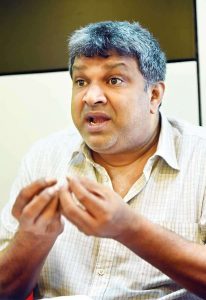 Nanayakkara explained that 119 is essentially a universal line to contact the Police. It is no way a separate regime or system; when you call 119, you are calling the Police. It is the same as if you were running into your nearest police station because it is 100 m away. The only difference is that you are phoning your complaint in, and the Police have to respond when a crime/emergency is reported.

However, the manner in which they respond based on the report they receive is up to them, Nanayakkara explained. In another country, 119 could be used to report anything from a cat stuck in a tree to a domestic dispute. Admittedly, the Police would not respond to complaints of that nature seriously or quickly as they would to a report of bodily harm, and this is down to the culture of both our country and our law enforcement.

In instances where there has been a breakdown in handling the reporting of a crime, particularly like how Careem’s complaint was handled, Nanayakkara shared that you would seek redress in the same way you would if you were physically making a complaint at a police station that was not being taken seriously. You would complain to the OIC or a higher authority within the police station you are in. It is also possible to complain to the National Police Commission (NPC).

Bringing it all together

The recent lapse in the 119 service is not the only time the response system and procedure of the service have come under scrutiny. What is important is to look at the main cause of the issue and see how it could be remedied.

The Sunday Morning Brunch reached out to Police Media Spokesperson SSP Jaliya Senaratne, who explained that typically, 119 receives a call and then disseminates the complaint to the relevant authorities for a localised response. Complaints are also disseminated based on their nature. A criminal complaint, for example, is sent directly to the Police. 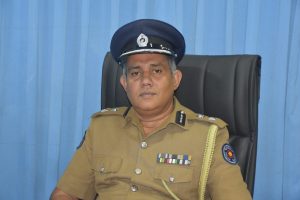 Speaking on complaints directly made to police stations, SSP Senaratne commented that in the case of oral reports, complainants are asked to contact their relevant police stations for two reasons: One is so that the information received by the investigating officers is complete and accurate and that those investigating have the necessary jurisdiction to be fully effective, and the other is so that police complaints often result in legal action and legal procedures needing to be followed, which come with their own limitations and protocols that need to be followed.

While noting that he couldn’t comment directly on matters regarding immediate access of services by callers, SSP Senaratne noted that discussions are in place on the enhancement of the 119 service.

Careem shared that when the Presidential Secretariat followed up with her on her experience, she broached the topic of addressing issues like this at an organisational level, volunteering her time to educate and train officers working the 119 phones. “If it’s an issue of not having resources and training, I’d be happy to volunteer a few hours of my time to support and help with training officers on handling calls and connecting people in need to the right people. If the police aren’t able to handle this, then perhaps they should handle 119 in the same manner 911 is handled – through a call centre which dispatches people through to the relevant people.”