1923 – Helen Wills Moody beats Molla Bjurstedt Mallory 6-2, 6-1 for her first US National Championship Women’s Tennis, this was her first of seven US singles crowns 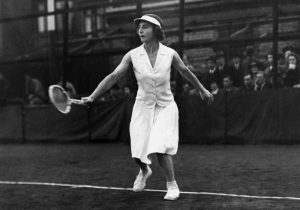 1964 – South Africa banned from Olympic Games because of apartheid policies. They did not compete at Olympic Games from 1964 to 1988. The South African National Olympic Committee (NOC) was expelled from the International Olympic Committee (IOC) in 1970. In 1991, as part of the transition to multicultural equality, a new NOC was formed and admitted to the IOC, and they were allowed to compete at the 1992 Summer Olympics

1967 – The day which made ICC introduce the regulation for a minimum number of overs in the last hour of a match. Brian Close’s Yorkshire side were booed off the field after they had deliberately wasted time to thwart Warwickshire’s chase in the County Championship match at Edgbaston. Close used every delaying tactic in the book to waste time. An unrepentant Close was subsequently stripped of the England captaincy as a result.

2000 – An unforgettable victory for England at Headingley, and the first two-day Test in over 50 years. When West Indies began their second innings midway through the afternoon session, they were exactly 100 runs behind England. After 26.2 overs, they had been demolished for just 61 – their second double-figure score in three Tests – and England had beaten them by an innings for the first time since 1966. The cherry on the icing came when Andy Caddick took four wickets in an over, the last three all castled by swinging yorkers

2008 – Russian pole-vaulter Yelena Isinbayeva sets a new world record of 5.05m to win the gold medal at the Beijing Olympics; her 24th world record. She won’t her first outdoor world championship title after a 5.01 metres (16 feet 5.25 inches) leap in August 2005 and It was the first time a woman cleared the 5-metre mark in the sport’s history 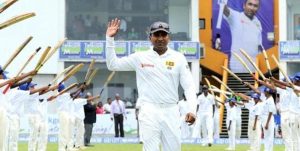 2014 – Mahela Jayawardene’s final day of Test cricket. It was a perfect farewell, as Sri Lanka wrapped up the SSC Test early on the fifth day to sweep the series 2-0 against Pakistan. The visitors had all but conceded the game on the fourth, having lost 7 for 127 chasing 271. Rangana Herath finished with a five-for to go with his nine in the first innings, for a match haul of 14 for 184. Jayawardene, who scored 54 in his final innings, ended his Test career with 11,814 runs in 149 games with 34 centuries and 50 half-centuries at an average of nearly 50 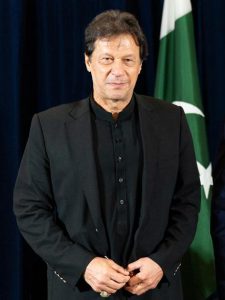 2018 – Imran Khan becomes the 22nd Prime Minister of Pakistan after gaining the support of independent members after his party, the Pakistan Tehreek-e-Insaf (PTI) won the most votes but not a majority in the general election

April 29, 2021 byRevatha No Comments
Latest to get Test debut for SL