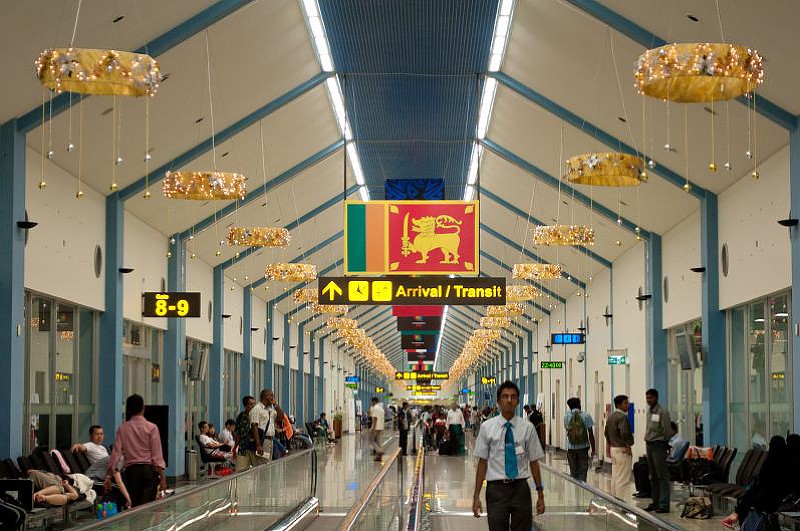 The Chairman of Civil Aviation Authority (CAA) yesterday (30) stated that the earlier imposed ban on airline passengers with a recent travel history to Saudi Arabia, the UAE, Qatar, Kuwait, Bahrain and Oman has been lifted subject to several conditions.

The CAA had announced on 28 June 2021, the imposing of restrictions on air passengers from the aforementioned six Middle Eastern countries stating that those with a travel history to these countries within the last 14 days will not be allowed to disembark in Sri Lanka.

However, the CAA says it has now revoked that decision subject to certain conditions.It stated that in accordance with instructions received from the Ministry of Health and the National Operations Centre for Prevention of Covid-19 Outbreak (NOCPCO) the passenger restriction on these Countries is revoked with immediate effect on the following conditions.

Accordingly, all arriving passengers must have a negative PCR Test obtained within 96 hours prior to departure (airline to ensure this before boarding passengers), antigen tests cannot be accepted as a pre-departure test for boarding, PCR test must be presented from a Government-approved hospital/laboratory in the respective Country with a QR Code/Bar Code, airlines must satisfy themselves of the authenticity of the test reports presented by the passengers and passengers are permitted to arrive only for Hotel Quarantine or through the Sri Lanka Tourism Bio Bubble Route. The above conditions will apply until further notice, the CAA Chairman said.

Travellers from countries adjoining South Africa such as Zimbabwe are banned from entering Sri Lanka, the Sri Lanka Tourism Development Authority (SLTDA) said. The SLTDA, speaking to The Sunday Morning Business last week, said that this decision was taken in the wake of the new Covid-19 variant known as the Delta variant.

This measure also applies to travellers who recently transited through airports in the affected countries.

January 28, 2022 byNews Admin No Comments
With the newly appointed members to the Board of Directors of the Board of Investment (BOI), Sri Lanka is to revive the existing investment promotion strategies at the BOI and to make it more effectiv

Underneath the underwear patriotism

September 19, 2021 byNews Admin No Comments
My father had a very hard time with me when he accompanied me for haircuts when I was a kid. I’d ask him “Who cuts the hair of the barber?”. He’d say “It has to be another barber!”. Then I’d argue bac