20A: Govt. to make three changes but dual citizenship remains 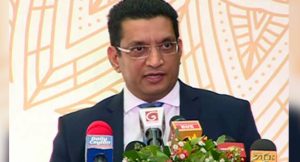 The government has decided to introduce three amendments to the proposed 20th Amendment Bill this evening (19), but the controversial clause on permitting dual citizens to hold public office is not among them.

This was stated by Justice Minister Ali Sabry this evening during the governing party parliamentary group meeting, a senior government minister told The Morning.

The Morning learns that the three amendments to the proposed new piece of legislation relate to the powers vested with the President to dissolve parliament, auditing of state institutions and the presentation of emergency bills.

The government has further decided to increase the number of years that parliament has to function before the President could dissolve the legislature to two and a half years.

Additionally, the auditing of state institutions is to be carried out in the same manner as previously stipulated in the 19th Amendment.

The third amendment is to limit the submission of emergency bills to times of disasters and in the event of a threat to national security.

However, no decision had been reached to amend the clause on dual citizens holding public office under the 20th Amendment, which has gathered much opposition by several coalition partners of the government.

March 24, 2021 byNews Admin No Comments
Publications that contain material related to Buddhist teachings, the character of the Buddha, or which have any relevance to Buddhism are to be reviewed, regulated, and censored through a proposed Bu

September 20, 2021 byRuwani Fonseka No Comments
A 14-year-old teenager was killed in a shooting incident at the Gajanayakagama area in Weeraketiya, last night (September 19).

The shooting is said to have taken place at around 10.00 pm when a fami