Pointing out the need to expedite reforms to the Muslim Marriage and Divorce Act (MMDA), newly appointed Minister of Justice Mohamed Ali Sabry said that the 20th Amendment to the Constitution would only seek to make changes to the 19th Amendment and that the 13th Amendment would not be affected.

Below are excerpts of his interview with The Sunday Morning.

How do you view your appointment as a Cabinet Minister and the various objections to it by Buddhist organisations?

It’s just a handful of extremists, not Buddhist organisations as such. These are the people who have been rejected by the electorate. I have always maintained that there are extremists on all sides. I basically look at Sri Lanka for all as a Sri Lankan identity and a moderate choice. I see that everyone should be treated equally in this country and work together. There are people who believe that only their extremist views should be respected and others should not have a view. So it is in that context, probably, that some people are objecting to it and others for personal reasons. 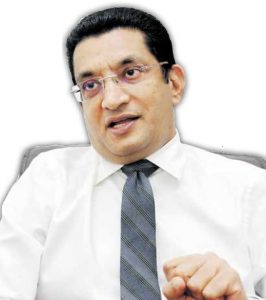 How do you view the fact that you’re the only Muslim represented within the Cabinet and state ministers?

I may be the only Muslim, but in the Cabinet there is also Douglas Devananda, the Minister of Fisheries. Both of us are there as minorities. But I don’t see it in that context; I see that the President probably picked me based on my credentials as someone who has been in the legal profession, and he knows the areas which need to be rectified in the legal reforms and justice sector, particularly in view of the laws delayed, and has been prevalent for a long period of time.

As the Minister of Justice, how do you look to bring about the proposed reforms to the MMDA?

I can’t give a timeline, but it is one of the priorities. Of course, we must get it done quickly. But there are so many other things as well. The 19th Amendment has to be looked into and then there’s the digitalisation of the judicial system. Along with those, the MMDA too has to be brought in. It depends on the direction of the Cabinet. We need to put the Bill to the Cabinet and let the Cabinet take a decision.

How do you view the current MMDA?

I have certain views, but ultimately it has to be the Cabinet which has to decide the policy of the Government. For example, I oppose allowing those below 18 to get married. I think it is uniform everywhere. Even in Saudi Arabia, they have taken a decision not to allow anyone below 18 years from getting married.

I also don’t see any reason or rationale behind keeping female Quazis away when the Malaysian Chief Justice herself is a Muslim lady.

What other key areas do you hope to focus on as the Minister of Justice?

I’m mostly interested in seeing a way through to make justice more accessible, quick, and efficient. The law’s delay is a huge problem. That is what, as a lawyer, I have seen. Other than that, there are vocal and sentimental issues, but that is a policy decision which has to be taken. But if you go to a court, there are about 900,000 cases pending, according to the information I have so far. We are interested in finding a way to get that done more efficiently. That’s one of the main issues, and as lawyers, we all know that the law’s delay is a massive problem – that’s where my focus is.

There is a subcommittee that has been appointed and they are getting into it, so it’s premature for me to discuss that matter. I think the Cabinet Spokesman will brief the public from time to time. But as you say, there are two areas: The five-year term and the two-term limitations. Subject to that, the rest of it is still in the process of discussion.

Will the 13th Amendment be removed or would provisions within it be changed?

No. I think what is looked into at this point by the 20th Amendment is to see how we can review the 19th Amendment that was brought in. That is the scope of the immediate measures.

You have claimed the new Government would unite the people under one law. How do you see this happening?

What I have claimed basically is what the President said on Thursday (20) – to create a government where everyone will feel as Sri Lankans and live without fear. That is what I have said. The policy of the Government is directed by the Cabinet in terms of the Constitution, so let the Cabinet make that call.

What other legal reforms and policies do you expect to introduce?

There are a number of areas. We have to have a multipronged approach to arrest the law’s delay. We are trying to see if we can digitalise the process as soon as possible and I’m in the process of talking to different stakeholders on that. Then, we have to introduce some of the laws like the breakdown of the Marriages Act; some of those need to be brought to the Cabinet, so that it can take a decision on them. Next, the introduction of some procedural laws. It’s basically from infrastructure facility development, the number of judges, and changing and amending laws and introducing new laws, to repealing the archive floors and digitalisation. It’s a multipronged approach towards easing the burden on the litigant.

The independence of the judiciary is a must. There is no compromise on that. In order to do that, what is required is that we must gradually introduce to reach that ultimate objective.

July 29, 2019 bythemorninglk No Comments
Tamil National Alliance (TNA) Parliamentarian Easvarapatham Saravanapavan charged that authorities worked hand in glove with the drug racketeers and that it would thus be nigh on impossible to eradica

January 8, 2022 byNews Admin No Comments
Tamil National Alliance (TNA) MP M.A. Sumanthiran in an interview with The Sunday Morning outlined the key challenges in the North and East – the economy, continuing militarisation and the national qu