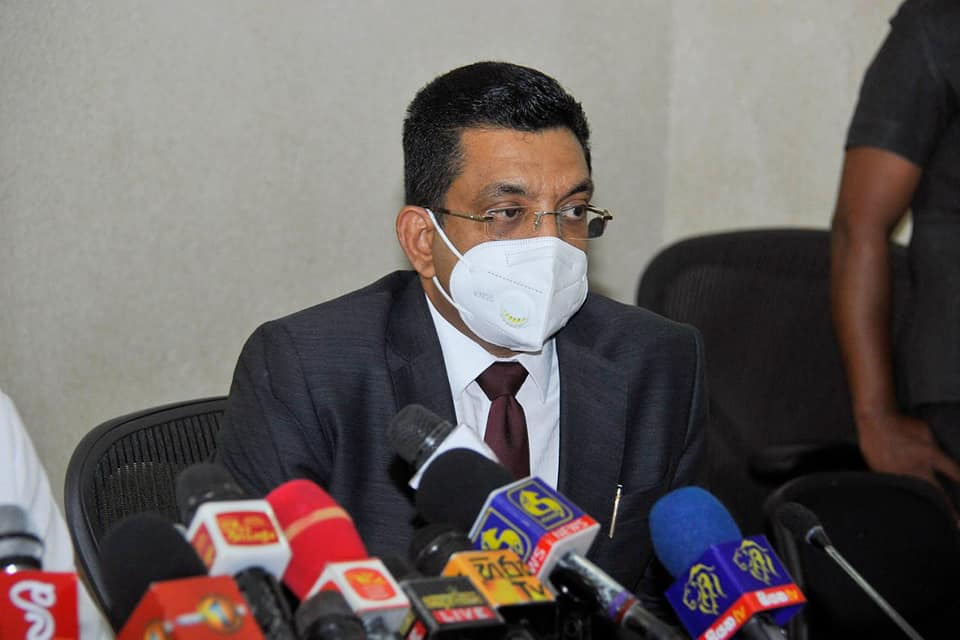 The first interim compensation claim of $ 40 million related to the MV X-Press Pearl maritime disaster, covering the costs incurred in the 23 May to 3 June period, has already been sent to the ship’s owners in London, England, Minister of Justice Ali Sabry said yesterday (14).

The claim has been compiled by all the relevant government institutions, he said at a press conference held at the Justice Ministry, following a stakeholder meeting held with regard to the matter.

Sabry further explained that five experts’ committees have been tasked with calculating the main claim which would cover the losses suffered by the country due to the disaster. He added that steps have been taken to form a separate entity headed by an Additional Secretary from the Ministry of Ports and Shipping to allow outside or third parties to inform about the damages that they have sustained as a result of the incident.

Furthermore, he said that international help has also been sought in this process following a discussion with United Nations (UN) Resident Co-ordinator to Sri Lanka Hanaa Singer. Therefore, three experts will be arriving in the country by 15 July to advise on further steps.

“Based on the Attorney General’s advice, we are also in discussions with the Shipowners’ Club on what to do with the harmful, toxic substances that are inside the ship and on how best to remove the wreckage from the Sri Lankan waters to the international waters,” said Sabry.

Steps are also being taken to seek help from international legal experts if needed, he added.

Meanwhile, foreign media reports last week said a large oil spill is visible around the wrecked MV X-Press Pearl ship. Investigations were conducted into the matter and government sources told The Morning yesterday that there has been no bunker oil leakage from the ship, although the substance could be oils from lubricants.

Minister Sabry also noted in the press conference that while the rollout of the Rs. 5,000 compensation for those affected in the fishing communities, along those in the western coast, has begun and that the Government acknowledges the loss cannot be limited to Rs. 5,000. He said that once compensation from the ship’s owners is received, fishing families would also be able to claim their losses.