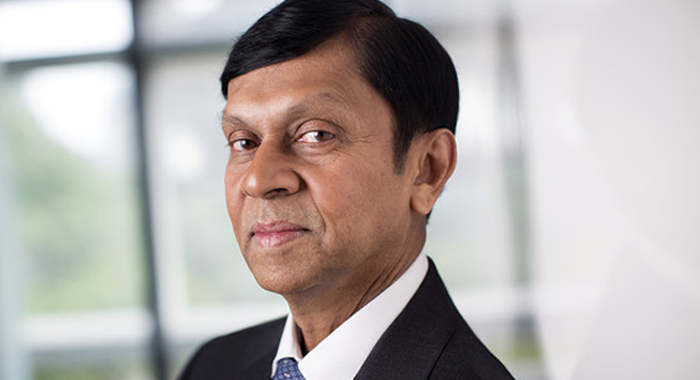 Sri Lanka aims for more than 6.5% growth in the economy over the next few years, stated State Minister of Money and Capital Market and State Enterprise Reforms Ajith Nivard Cabraal yesterday (9).

“We need to have 6.5% growth at least over the next few years,” he said, elaborating that it is tough, however, the workforce needs to take responsibility in contributing to achieve this target. He added that he believes that each person’s support would lead the path to the aimed economic growth.

Sri Lanka has reached only 3% growth so far, the State Minister said. He suggested looking into the macro fundamentals carefully, such as interest rate and inflation at a single digit, which will also contribute to economic growth.

Further, Cabraal said: “Every year, at least 3-4% of our (Sri Lanka’s) gross domestic product (GDP) needs to come from external sources to match the gap that we have in investments.” He said this implying that the Government finds it is important to bridge the gap in terms of investments.

Moreover, under President Gotabaya Rajapaksa, the Government assures sustainable development through organic agriculture, said Cabraal. Among the other sustainable goals such as “Water for All” and 100,000 km of road construction, the Government has targeted goals for the next generation, the State Minister stressed.

Earlier, Minister of Finance Mahinda Rajapaksa, in his Budget speech in November 2020, said: “By 2025, the Budget deficit is targeted to be 4% due to growth in tax revenue through the expansion of the economy and the trust placed on the management of public expenditure and public enterprises,” indicating the Government expects a growth rate of 5.5% in the year 2021.

February 4, 2020 bythemorninglk No Comments
The Government has decided to continue with the National Export Strategy (NES) created during the tenure of the previous Government, a step that bodes well for policy consistency in the country.

Why the budget should come with KPIs

November 22, 2020 byNethmi Liyanapathirana No Comments
The most-awaited Budget 2021 has been presented to Parliament.