Several other areas will be isolated from this morning (17).

The decision to isolate 70 areas in 10 districts was taken due to the prevailing Covid situation, Army Commander General Shavendra Silva said.

It has also decided to remove the isolation in several other areas.

Meanwhile, the travel restrictions applicable to the entire island were lifted today (17) at 04.00 am.

The traffic restrictions imposed from 11.00 pm on Thursday the 13th have been lifted at 04.00 am today, police spokesman DIG Ajith Rohana said.

However, from today the daily traffic restrictions will be in effect from 11.00 pm to 04.00 the next day.

Also, the travel restrictions between the provinces are still in effect and these restrictions will be in effect until May 31, said DIG Ajith Rohana.

Ajith Rohana further stated that from today onwards, all persons except those who are leaving for work will be able to leave their homes based on the last number of the National Identity Card even if the travel restrictions are removed.

However, the Police Media Spokesman informed the public that it is more important to follow the health guidelines even if the travel restrictions are removed.

Meanwhile, 262 persons who had violated the quarantine rules were arrested within the past 24 hours, said Police Media Spokesman DIG Ajith Rohana.

The vehicles are due to be produced in court today. 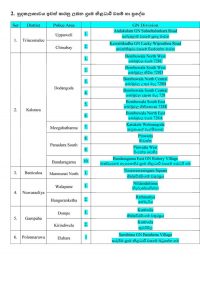 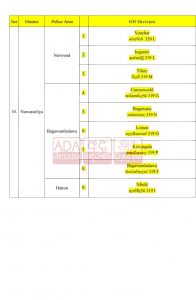 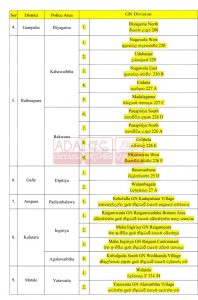 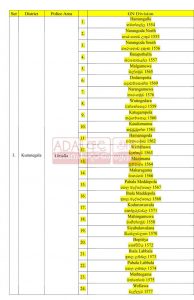 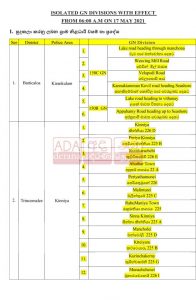 March 28, 2020 byTSM Web Desk No Comments
The total number of confirmed COVID-19 cases have risen to 110 in Sri Lanka, with 4 more persons testing positive for the virus today, the Health Ministry said.

February 14, 2021 byNews Admin No Comments
The final report of the Presidential Commission of Inquiry (PCoI) into the Easter Sunday terror attacks will be presented to the Cabinet of Ministers this week, The Sunday Morning learnt.