A call from India to include SSC spinner in the SL side? 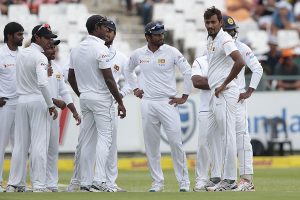 The Morning Sports has reliably learnt that one of the leading members of the newly-appointed National Cricket Selection Committee has received a call from India from a Sri Lankan who is now staying there on a professional assignment.

The caller had requested him to include a left-arm spinner of the current Singhalese Sports Club (SSC) team in the Sri Lanka Test squad, now being picked for the forthcoming Bangladesh series.

The said selector has reportedly blamed the caller in that conversation for trying to influence to include his favourite players in the Sri Lanka squad.

“They hold national responsibilities but when they work, they are worried only about their own clubs and players. How can they serve the country with such frame of mind,” a source told The Morning Sports.