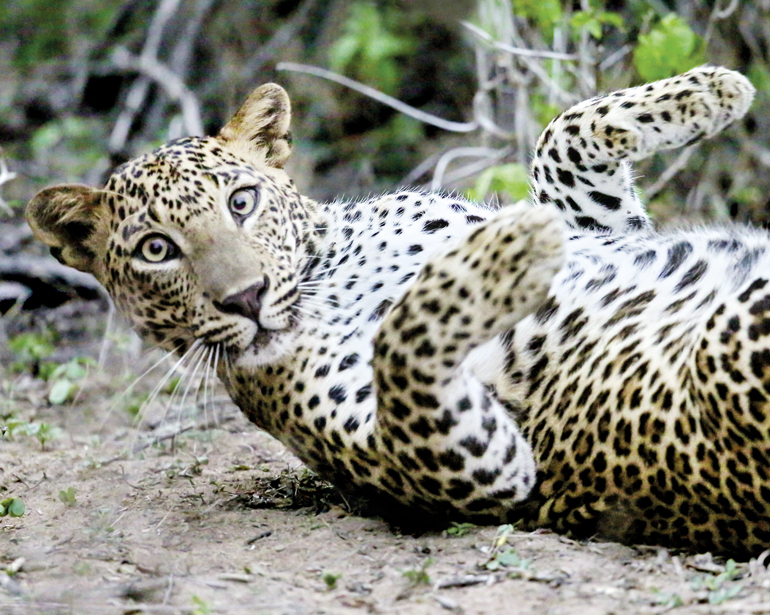 On 11 September, the Wildlife and Nature Protection Society of Sri Lanka (WNPS) will host a discussion on the assessed threats of and proposed conservation actions for the wild cats of Sri Lanka, titled “Cat Chat”. Cat Chat will be an event organised by WNPS, which is part of the larger Association for Tropical Biology and Conservation – Asia Pacific (ATBC-AP) chapter’s conference. The aim is to discuss aspects of ecology and conservation relevant to the leopard and the three small cat species living in Sri Lanka. The event will feature a presentation on the four wild cats of  Sri Lanka by Dr. Andrew Kittle, Anjali Watson, Ashan Thudugala, and Thilina Nimalrathna, and will be followed by a panel discussion.

We caught up with Dr. Andrew Kittle, Anjali Watson, and Ashan Thudugala to get a glimpse into what one could expect at the meeting, and also Dr. Sriyani Miththapala’s thoughts on the matter as she will be functioning in the capacity of co-ordinator for the event. 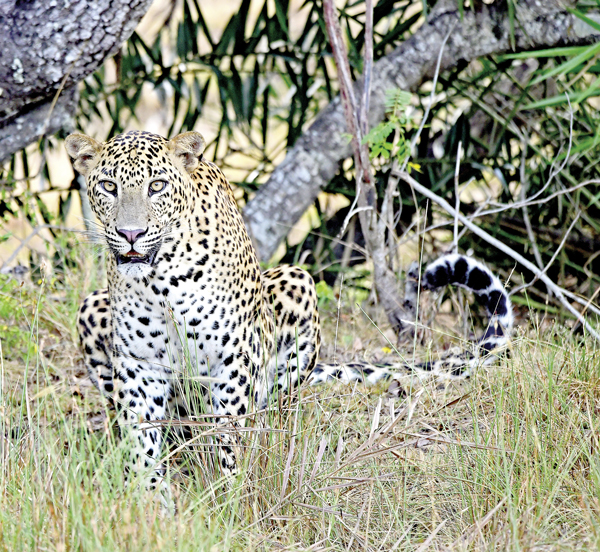 Thilina Nimalrathna, who is currently finishing up his study on the “rusty spotted cat” in Horton Plains was unavailable for comment. However, he will be making an appearance at the event.

Speaking to Wilderness and Wildlife Conservation Trust (WWCT) in Sri Lanka Co-Founder and Managing Trustee Anjali Watson, one of the four panellists for Wednesday’s event, she said the aim is to discuss leopards and the other three types of cats living in Sri Lanka in relation to the specific threats faced by them, stating: “We will discuss the current threats faced by these animals and the lucrative solutions to overcome these threats.”

The current primary research carried out at WWCT is The Leopard Project; bringing with her this expertise, Watson shared with us the primary threats faced by the leopard.

According to her, the threats faced by leopards differ from in different regions in the island. For example, a major threat in the central highlands is incidental death by snares. These snares are not specifically set up for leopards, but are not selective, resulting in so many instances where leopards get caught in these snares, causing them immense suffering and typically, death.

“With regards to the deaths caused incidentally by snares, I believe a great deal of this issue could be resolved by creating proper awareness among the public. If the public is made aware of the effect these activities have on leopards and attempt to reduce them, this problem will be greatly curbed. With regards to retaliatory killings (poisoning), there need to be efforts made to reduce cattle depredation while at the same time, ensuring grazing cattle do not stray into protected areas and herds do not damage Pas (protected areas) and buffer areas. This requires working with pastoralist communities,” she said.

She also added that in the Dry Zone, specifically in areas where there is cattle rearing, leopards die as a result of poisoning. When a leopard kills a cow, often one that has strayed into a protected area or is within the buffer zone of a protected area, the cattle owner will put poison on the carcass with the knowledge that the leopard usually returns to a large kill multiple times. This is called retaliatory killing and has been a problem for a long time.

Referring also to some threats faced by the small cats, adding that they too face a great deal of threats with the implementation of road development projects, she said that many small cats have been injured and killed due to road accidents in the past few years.

Dr. Sriyanie Miththapala, who is currently conducting a project on the jungle cat which is soon nearing its conclusion, also added to this statement, providing that one of the primary threats faced by the smaller cats is being subject to road kills. She said: “One of the major threats is that the cat is being hit by fast-moving vehicles on the roads that have encroached on their land,” adding:

“With development and as things move forward, this situation will only worsen as more roads will come up, more highways, signboards, etc.”

She said that what’s best is to recognise the threats; it is imperative that we focus on the very specific threats that plague the habitats of these small cats so we can figure out what can be done and then proceed to implement it, she stated.

However, Watson took care to stress that the overarching threat to leopards in Sri Lanka – its habitat fragmentation and destruction – is cutting up the land that is available for leopards to freely roam around.

Therefore, speaking about the key plan for leopard conservation, she provided that it would include the identification of threatened habitats and working towards the conservation of such habitats – landscape conservation and the restoration of habitats.

We asked Dr. Andrew Kittle, who will also be speaking at the event, why it is that this discussion on wild cats is so important, and the reason behind the importance of protecting these wild cats, especially the big cat.

Dr. Kittle, in response, provided: “In Sri Lanka, the leopard is the apex predator; thus, they have an umbrella role in our ecosystem. And their conservation is key as the removal of the apex predator from an ecosystem will result in the complete downfall of the ecosystem.” This statement was further corroborated in our chat with Ashan Thudugala, who will more specifically be talking about the smaller wild cat – fishing cat. He provided that on land, cats are the top predator and carnivore, and scientifically speaking, if we can protect the species at the very top, it will then trickle down to the other animals and therefore, they too will be afforded protection.

Cats, being the top predator, inhabit larger, vaster habitats as a result. And if conservation efforts are directed to the big animal – known as the “flagship species” – there is resulting protection offered to all the other animals sharing its habitat in its vicinity. (In conservation biology, a flagship species is a species chosen to raise support for biodiversity conservation in a given place or social context).

Some great examples are the whale and elephant, similar to the leopard. If you go on to protect a certain frog species it will only be beneficial for that that specific frog species and the area in which it inhabits, but in this context, the bigger animals cover more ground.

Why attend the meeting?

According to Watson, WNPS meetings are a platform to bring together all nature conservative groups under one roof and enable the discussion of the threats and solutions to each individual problem. These meetings give us an opportunity to work together, share ideas and information, and collaborate in creating awareness pertaining to the environmental issues faced today.

Awareness is key in coming out of this problem. Especially when it comes to leopards, one of the biggest issues that leads to a lot of misunderstanding is the fear factor. Most members of the public are not aware of the nature of the leopard. Leopards are, in fact, very cautious creatures that will take every opportunity to move away from humans unless they are attacked.

Ministry of Crab opens in Mumbai

February 14, 2019 bythemorninglk No Comments
The most anticipated overseas outpost of Ministry of Crab (MOC) was launched last week in Mumbai, India. Within a span of six months from opening Ministry of Crab in Shanghai last year